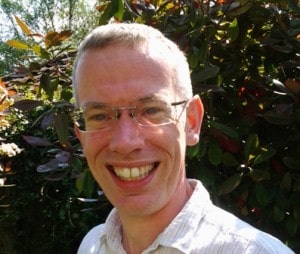 Conveyancers may need to be placed under extra duties of care so as to reduce the risk of fraudulent changes being made to the Land Register, the Law Commission has suggested.

A major review of and consultation on the Land Registration Act 2002 (LRA), published by the law reform body today, also put forward ways the law could encourage the development of electronic conveyancing.

How the land registration system responds to instances of fraud was described by the Law Commission as one of its review’s “pervasive” issues.

Over the last decade, the Land Registry has paid out £57.6m under its indemnity scheme as a result of fraud, and only recovered £6.4m – not all in relation to fraud – under its limited right of recourse.

The Law Commission described the Land Registry as being in the “unique position” of having the liability of an insurer, but not being in business as one – but stressed that it was not questioning “the basic principle” that land registration should be underpinned by an indemnity scheme. Though the government is separately consulting on privatising the Land Registry, this should remain.

But the Law Commission said: “As the incidence of registered title fraud has increased, it has also become apparent that Land Registry, which ultimately bears the risk of fraud, is not necessarily best placed to detect and prevent fraudulent dispositions…

“Land Registry is dependent on checks undertaken by the parties’ conveyancers. While rights of recourse may help ensure that the minority of conveyancers whose conduct falls below standards reasonably expected bear the loss, it is also apparent that the sums recovered through Land Registry’s rights of recourse are relatively modest compared to indemnity payments made.

“The fact that the risk lies with Land Registry may mean that those who are dealing directly with the parties to a disposition and may therefore be best placed to identify fraud, do not have an incentive to develop best practice.”

Despite a very recent High Court ruling that a solicitor did have a duty of care towards the Land Registry, the Law Commission said that “doubts remain as to its scope and its utility in enabling Land Registry to recover its losses” – even if a duty of care is established in a case, the Land Registry’s losses are purely economic, which are not generally recoverable as a matter of tort law. They are in cases of negligent misstatement, but that is not always present.

The aim of the 2002 Act was to enable e-conveyancing, and to close the ‘registration gap’ between a disposition of land taking place and it being reflected on the register. However, this has not happened, with the Land Registry halting its work in 2011 because of concerns over fraud, timing and take-up, and the effect of electronic signatures on overreaching interests.

The Law Commission report said it wanted to develop a new, “more realistic” vision for e-conveyancing, at the heart of which was a recognition that the requirement for simultaneous completion and registration – while still the ultimate goal – was not achievable at the moment.

“Uptake of wide scale electronic conveyancing systems elsewhere in the world indicates the demand and opportunity for more electronic dealings in land to take place. Those developments demonstrate what can be achieved in the context of a flexible legal framework…

“However, progress in the journey to a fully digital Land Registry is hindered by the rigidity of the current legislation. We think that the focus of legislation should no longer be on the implementation of a particular model of electronic conveyancing.

“Instead, flexibility should be injected into the provisions of the LRA 2002 in order to enable the development and take up of electronic conveyancing along different lines to that envisaged when then legislation was enacted.”

Professor Nick Hopkins, Law Commissioner for property, family and trust law, said: “Effective land registration is the foundation of conveyancing and essential to the successful operation of the property market in England and Wales.

“The landscape within which land registration operates has changed considerably since the 2002 Act came into force. Our review provides an opportunity for landowners, conveyancers, lenders and all those with an interest in the property market to tell us how the Act has been working in practice.

“It allows us to consider where we can bring greater certainty and security and what can be done to reinforce the role of the land register as a guarantee of title.”