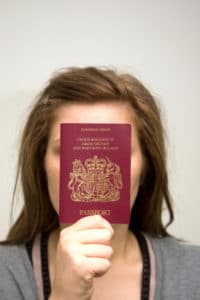 A solicitor who “took advantage” of his position at the law centre where he worked by privately charging immigration and asylum clients ineligible for legal aid has been struck off.

In an agreed outcome with the Solicitors Regulation Authority (SRA), approved by a disciplinary tribunal, Andrew John Puddicombe was removed from the roll after it emerged that he had charged clients a total of £8,000 on a private paying basis while working at the Gloucester Law Centre.

The informal charges of between £50 and £200 per matter were made over a three-year period without the law centre’s knowledge and while using its headed notepaper and other resources.

Mr Puddicombe, who was born in 1956 and admitted as a solicitor in 1993, had no indemnity insurance to work privately.

The fee was agreed verbally only in advance and it was also alleged he had failed to keep proper accounts.

Most of the law centre’s clients were legally aided, with a small number of non-legally aided cases funded by local authority grants.

The misconduct was identified by his supervising solicitor, who reported him to the SRA, soon after which he was dismissed from the law centre for gross misconduct.

In mitigation, Mr Puddicombe said his clients were “completely aware” of the basis in which he was representing them and “the great majority” were “more than happy” with his work.

He had returned the sum of £8,400 to the law centre and said he had been careful to take on only work with which he was familiar.

The tribunal said the misconduct was “deliberate, planned and repeated” and was “extremely serious as he had acted dishonestly in order to gain additional income for himself whilst taking advantage of his position as an employee of [the law centre].”

By working without professional indemnity insurance he had “placed clients at risk” .