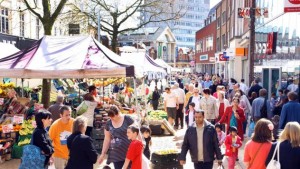 A local authority legal department which recently warned that council lawyers are being forced to set up alternative business structures (ABS) by restrictive rules on in-house practice, has won backing to do just that.

Essex Legal Services (ELS) predicted that it could make an additional surplus of £1.8m by 2020 through a “growth strategy” with creation of the ABS as “one of the key enablers”.

Earlier this year, ELS told the Legal Services Board that setting up an ABS was the “only comprehensive solution” currently available to in-house legal services departments in “keeping up with the changes” faced by their employers.

“There is a danger in local authority legal departments being forced to use the ABS as a vehicle to keep pace which could lead to some in-house services being fully privatised,” it said in a letter written by its director, Philip Thomson.

A cabinet meeting of Essex County Council agreed last week to back an application by ELS Limited to become an ABS licensed by the Solicitors Regulation Authority (SRA). The directors of the ABS would be Mr Thomson and ELS assistant director Alex Hallam.

In its proposal paper, ELS said the ABS would provide a “mechanism” for ELS to grow its client base. “As a separate legal entity the ABS will be able to work for organisations other than local authorities and public sector bodies.

“Additional income can be generated through access to a wider client base, which will also increase the resilience of the in-house service.”

Setting up an ABS would enable it to “pursue business currently not permitted under either the constraints of local authority trading or the regulatory requirements of the SRA”, building on a new strapline to be used by ELS – ‘first for public law’.

The paper said that initial discussions had “already taken place” with the SRA to “prepare the way for the application” and ELS was “working closely with them to ensure that our application meets their criteria”.

The registration fee payable to the SRA was estimated at £2,450. Because the ABS would be liable to pay corporation tax, the paper said it was “imperative” that services would only be provided by the ABS arm of ELS “where regulations prevent the provision of such a service by the in-house department”.