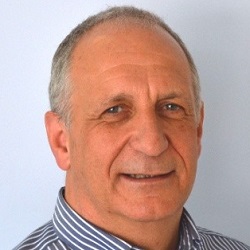 The managing director of a Cheshire law firm has said the “constant theme” of recent staff appraisals is that “people want to come back to the office”.

The boss of another firm said it had reversed plans to downsize its office, but senior managers from two other practices told a webinar that some members of staff were “very anxious” about going back.

Andrew Graves, managing director of Rowlinsons, said lawyers “really value the morale, the togetherness and the ability to ask questions” which could only come from being in the office, particularly more junior staff.

He said the firm was considering a 50/50 split between home and office working, but junior staff and new starters would be in the office “more times than not”.

Angela Hesketh, director and head of property at Liverpool firm Jackson Lees, said that although “a lot of people are excited” about returning to the office, others were “very, very anxious” and the firm had to ensure that the experience was not “terrifying” for them.

She said the pandemic had taken the stress experienced by home movers onto “a whole new level” and it was a “great concern” to see that level of stress carried across to conveyancers, who were “particularly client-focused”.

Speaking at a webinar on challenges faced by firms during the pandemic organised by law firm consultants Legal Eye, Ms Hesketh said her firm had introduced “regular coffee morning-type arrangements” to encourage awareness of changes in behaviour by members of staff.

She said some lawyers missed the ability to talk to people through working in an office, while others felt it was impossible to “step away from their computers” when they were at home.

Ms Hesketh said staff had been able to post their experiences online so people knew that “everyone else isn’t OK”.

However, conveyancers were “incredibly adaptable” and many staff were “really quite excited” that the negatives of the pandemic were behind them.

Victoria Mortimer, a conveyancing partner at national firm Knights, who manages 150 staff, said remote working during the pandemic had involved a “massive change in culture”.

She said “everybody had looked out for everybody” during the pandemic, but a couple of members of staff were “very anxious about the world opening up”.

While some people appreciated improved work/life balance during the pandemic, others struggled to switch off from work.

Ms Mortimer said she had made two solicitors available at all time to handle questions from busy conveyancing fee-earners while they did their routine work.

He said the pandemic meant that solicitors spent more time managing people. “Of course it’s important to get the IT right, but you must focus on the people.”

Mr Norris said the firm would be implementing a hybrid approach to home working, but some case handlers would need to work in the office full-time.

“You can’t manage teams of people over Zoom or Teams. You must have personal interactivity at some stage. You used to be able to see across the floor who was working and who wasn’t.

“We all worry about getting it right first time and I don’t think we will. Our approach will evolve.”

Mr Norris added that during the first national lockdown, Gordons exercised the break clause in the lease for its office in Maidenhead, thinking perhaps it could scale down to a “hub”.

However, the strategy had changed and it was now negotiating another three-year lease for the office − with another break clause.