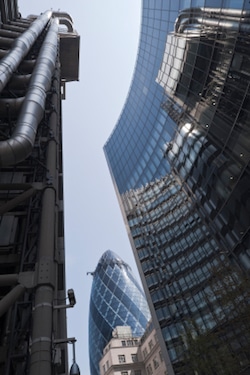 City: Brexit will not

Twice as many large City law firms had adopted ‘agile working’ policies by the start of 2018 as had a year earlier, and have been quicker than non-law businesses to embrace artificial intelligence (AI) technology, according to a survey about office use.

It also found that most firms are fairly relaxed about Brexit.

The results emerged from the annual report Law in London: the changing real estate needs of law in London, by commercial real estate services company CBRE, which indicated that firms demand for office space could reduce in the years to come.

The report attributed the growth to “a generational shift together with a greater focus on profit margins and workplace efficiency”.

The number of firms allowing home working would have been higher if it were not for the quarter of firms which reported senior managers had objected. Most commonly they cited “team management” issues as their chief concern, the survey said.

“How do law firms hope to benefit from agile working? Our survey suggests that the main goals are improved workspace efficiency and greater collaboration and interaction.

“Improving recruitment and retention, as well as employee wellness and wellbeing are the main priority for some firms. No firms identified improving employee performance as the main objective.”

Meanwhile, almost twice as many law firms had adopted AI-based solutions as other industries – mostly in document production and review.

Just under half of law firms were currently using AI compared to 23% across all industry sectors globally. Nine out of 10 law firms either used AI or planned to.

“It is likely to trigger a reduction in junior and support level headcount, although senior levels will be largely unaffected,” CBRE predicted.

Around a third of firms did not know what impact AI would have on employment, making “planning for the future and creating a future proof real estate strategy particularly problematic for law firms”.

Seven out of 10 firms have no contingency plan to relocate elsewhere in Europe after Brexit, although 16% did. The survey included several law firms not headquartered in the UK.

Open-plan offices, which take up some 40% less space than other offices, are increasingly being used by national firms, although less so by international firms.

Rental increases over the past five years have been significant, particularly in the Southbank which saw an increase of 37% over the last five years. In the City, rents grew by 19%, and it was 17% in ‘midtown’ – the area around Holborn.