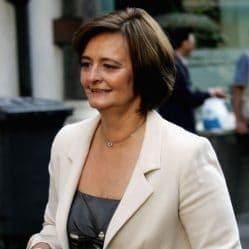 Blair: Too much emphasis on face-time, rather than quality of work

Large law firms need to reshape their culture to meet the demands of Millennial lawyers, a new report has argued.

In her introduction to the report from Obelisk Support, Cherie Blair QC said there was a “desperate need” for this shift.

Obelisk, which provides law firms and in-house teams with flexible resourcing, predicted that the future firm would focus on “optimising creativity, collaboration and productivity”.

It identified major structural problems facing law firms, notably a talent crisis that meant staff turnover, particularly among young lawyers, was at its highest level ever.

Other issues included the slow adoption of technology, inflexible working arrangements, the threat of the Big Four accountants – set to become “the biggest disruptors in law”, the report said – and gender equality.

Obelisk argued that measuring employee satisfaction by hours worked relative to salary – as remains common – was insufficient to address the “employee happiness gap”.

Writing the foreword to the report, Cherie Blair QC said: “Many of the larger law firms still use centuries-old business and organisational models that are just not relevant in today’s world, upholding barriers to true gender equality and work-life balance through rigid and archaic traditions that place the emphasis on face-time, rather than quality of work.”

She said the report highlighted “the desperate need” for a cultural shift in the law: “A fostering of new norms, priorities and practices is critical if we are to diversify the workforce and enable those who do not fit the ‘lawyer’ stereotype to succeed.”

The first pillar was more than just a way of working, the report said.

“Beyond just offering hot-desking or a laptop to work from a client’s office, flexible working puts the focus on where it counts: serving clients’ needs. By encouraging teams to work collectively, rather than looking at the old barometers of face-time, it promotes the delivery of improved results.”

The second pillar recognised that lawyers have always been entrepreneurial, but said the future lawyer will need to expand their roster of skills “to adapt to an environment that is more business-oriented and tech-savvy”.

While the third pillar of technology would see firms embrace work management technology “with a Millennial sensibility” and adopt a “holistic family of legal tech products”, Obelisk described the fourth pillar – increased expectation around equality and wellbeing – as “perhaps the biggest change over the next decade”.

The report said: “With demographic diversity as a bare minimum, solicitors of tomorrow will look to firms for personalised solutions that meet their physical and mental health needs.

“Yet, for some firms this will represent a significant change. There’s certainly plenty of effort to deliver solutions, but fundamental change of this nature will take time and effort and it can’t be done alone.”

It said there were four “critical” areas for the future firm in addressing equality, engagement and wellbeing: finally enabling women to attain equality, a new way of approaching profit sharing and equity, “eradicating the flex-work stigma”, and taking mental illness seriously.

Obelisk chief executive Dana Denis-Smith said firms that tackled the changing demands and expectations of a new breed of lawyers now would be the ones that succeeded in the future.

“Failure to do so will mean firms playing a dangerous game in terms of their ability to attract and retain top talent.

“Working together, we can create services that reinvent traditional ways of working, stemming the loss of talented people and ensuring future success.

“We have reached a critical moment. Let’s take fundamental action to future-proof the shape and operation of the legal industry.”