Large chambers “should give space to smaller ones” 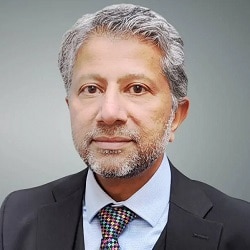 Mehta: I would not want to start again as a young, working class BAME entrant to our profession

Large chambers should be prepared to look after smaller sets “chased out” by their landlords by sharing premises and clerks, a senior criminal law barrister has said.

Sailesh Mehta also called on the inns of court to do more to “stop chambers collapsing” as they struggled to cope with the impact of Covid 19, for example by offering rent holidays.

Mr Mehta, based at Red Lion Chambers, told Legal Futures: “Big sets of chambers are the ones most likely to survive. We do not need as much space as we think we do, with new ways of working.

“Small sets of chambers chased out by landlords or the inns could be given space by the bigger ones to tide them over during the crisis.

“It would not need to cost that much to help one small set. They could share clerks and premises. It could succeed if there is a will to do it.”

Mr Mehta said a “central organisation”, such as the Bar Council, would need to be involved, as it had the data on which sets were struggling. He added that rehousing smaller sets would have to be done “with sensitivity and confidentiality”.

Mr Mehta also said that the inns of court, “among the wealthiest institutions in our country”, should do more to help struggling sets of chambers, by offering “rent holidays to stop chambers collapsing”.

He added: “Once we lose these chambers it will be very difficult to get them back. We will be losing a huge amount of experience and the young barristers that we should be protecting.”

In a guest blog for the Bar Council website, Mr Mehta said: “Covid 19 has exploited our differences and set progress back a generation. Smaller chambers (which tend to have a greater concentration of BAME barristers) appear to have fared far worse than the more established sets.

“Those with lower cash reserves and least privately funded work have been hit hardest. No surprise that BAME barristers are over-represented in both areas. “Chambers’ budgets have tightened, and protective walls will go up again. Years of chipping away at the barriers to entry will be undone.”

Mr Mehta, who was called in 1986, said he would not want to start all over again as “a young, working class BAME entrant to our profession. I might reconsider university and Bar school if I knew I’d have debts of £30k or more”.

He explained: “My teachers advised I take an apprenticeship and my mum’s factory had a job waiting. I doubt that I would be able to survive the early years of the criminal Bar now.

“The income is a fraction of those times; professional and living expenses are a greater burden. Ever decreasing work and lower legal aid fees add to the mix. Austerity has put brakes on social mobility.”

Mr Mehta said Bar Council surveys on the impact of the virus suggested there was worse to come.

“It is our duty to help juniors, particularly those from disadvantaged backgrounds. Just as the government has financially protected businesses, so the profession should financially protect smaller sets and individuals who are on the edge.”

Mr Mehta said the profession had “reserves of wealth enough to support struggling chambers and their tenants”.

An earlier survey of heads of chambers revealed that more than half of chambers would go out of business within six months if they did not receive financial support from the government.