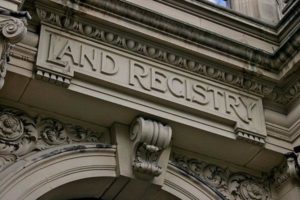 An expanding team of more than 100 HM Land Registry (HMLR) lawyers dealt with 100,000 legal enquiries last year, although the organisation has stepped up digital reform efforts aimed at automating key parts of the registry’s work.

For instance, the piloting of a digital mortgage service, part of a plan to enable paper-free legal deeds, will be widened later this year.

According to HMLR’s annual report 2016-17, published yesterday, a total of 12 lawyers have been recruited in the two years to April 2017. Its legal function – which the document described as “like a specialised law firm” – dealt with 13% more land registration and land law enquiries compared to the previous year.

The recruitment was part of a growth in the overall HMLR staff of nearly 600 as HMLR geared up for its digital reform programme aimed at making “the conveyancing process simpler, faster and cheaper”.

The report said the extra staff were necessary because “the highest volumes since the market crash in 2008/09 has meant delays in dealing with more complex types of applications”.

Last year, the government decided the registry would not be privatised.

John Abbott, the registry’s director of digital, data and technology, said digital transformation would “mean easier access to our services and data, including the 24.8 million property titles in the Land Register. For anyone involved in buying and selling property, it will mean a faster, smoother conveyancing system thanks to the new digital land registration services the platform will provide”.

He revealed that later this year the pilot version of HMLR’s digital mortgage service – started in June 2016 – was expected to move from “private beta” to “public beta” stage.

He said the pilot had received positive feedback from borrowers who had tested the service, adding: “As it does not yet create a legal deed, borrowers still need to sign a paper deed, but the pilot service has allowed us to check that what we have built will work in the real world.”

The scheme’s security has been underpinned by the government’s gov.uk Verify service “to provide us with an appropriate level of ID assurance before the borrower digitally signs their mortgage deed”.

He continued: “This will be one of the first of a new breed of digital services which enable customers and citizens to update the register digitally.

The report confirmed that a plan to move half of England’s 326 local authorities over to its digital local land charges (LLC) register by 2020 was on track. The Infrastructure Act 2015 provided that the registry would hold a single digital LLC register.

Graham Farrant, HMLRs’s chief executive, said in the report’s introduction: “[HMLR’s] strategy is to make its part in developing, buying and selling land and property, and collateralising mortgages and loans to provide finance, almost totally frictionless.”