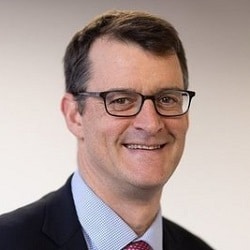 Under guidance published today, all the parties must have conveyancers acting for them, and one of the conveyancers is responsible for setting up and controlling the signing process.

HMLR said it fast-tracked the change because of the challenges people faced working away from their offices in recent months, but said the benefits “go well beyond meeting the immediate problems for conveyancers working from home” and would speed up the conveyancing process.

The conveyancer uploads the deed to an online platform which sends a link to the signatories. Once they have completed the necessary authentication checks, they then ‘sign’ the document electronically in the physical presence of the witness, who then also signs.

The conveyancer is notified and, once they have effected completion of the deed, can submit the completed deed with their application for registration.

They are required to certify that “to the best of my knowledge and belief, the requirements set out in practice guide 8 for the execution of deeds using electronic signatures have been satisfied”. HMLR rejected the notion that firms should be allowed to certify, rather than individuals.

The online platform needs to include two-factor authentication of the signatories and witness. A link to the document is emailed and then an authentication code sent to the individual’s mobile phone.

HMLR said it considered two-factor authentication for witnesses as well as signers “appropriate” to provide assurance that two unique individuals have signed.

However, it will be open to future changes around the appropriate methods of authentication, such as a telephone call instead of a text message.

Robin Malpas, deputy director for central legal services at the registry, wrote in a blog that he hoped electronic signature providers would be able to “quickly adapt their existing offerings” to meet HMLR’s requirements.

Chief Land Registrar Simon Hayes described electronic signatures as “a keystone of a truly digital, secure and more efficient conveyancing process that we believe is well within reach”.

He went on: “The more sophisticated qualified electronic signatures are a part of that vision and encouraging those is where our attention will be directed next.”

These operate on the basis that a ‘Qualified Trust Service Provider’ has standards in place to securely and accurately verify the identity of the signatory and protect the integrity of the document. HMLR said it would look at replacing witnessed electronic signatures with this once the technology matures.

The move comes shortly after HMLR began accepting deeds that have been signed using the ‘Mercury’ approach.

Derived from a 2008 High Court case, this involves a signature page being signed in pen and witnessed in person, and then scanned or photographed and sent to their conveyancer. This continues to be acceptable.

HMLR is also exploring whether digital identity checking technology used in other sectors could be encouraged in the conveyancing industry “to increase resilience against fraud and improve the ease of buying and selling”.