Lack of young barristers could be fatal for “sustainable, separate profession” 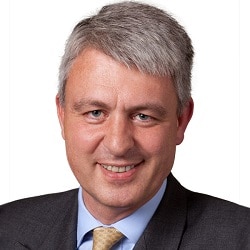 The lack of young barristers is now so acute that it could spell the end of a “sustainable, separate profession”, the incoming chairman of the Bar has warned.

“To put it bluntly, we are recruiting and retaining ever fewer new tenants, and have been for over a decade, and the Bar is steadily growing older.

“There may overall be more work. You would expect that with a growing population, with increasing complexity in the world around us, and with yet more laws laid down by our ever-eager politicians.

“But it may now be the case that more senior practitioners are doing work that, a decade or so ago, would have filtered down to the more junior ranks; and that is before we take account of the work that is now being done by others altogether, especially by solicitors and by litigants themselves.”

Mr Walker went on: “One thing is obvious. We will not have a sustainable, separate profession of barristers in the medium term, never mind the long term, if we are not recruiting and retaining a cohort who can learn their craft of advocacy and specialist advisory work from the outset, and then move on to become the top advocates and silks of the future.”

In his speech to the annual conference of the Institute of Barristers’ Clerks earlier this month, Mr Walker said many of the problems with the publicly funded Bar could be laid at the door of successive governments, and there were no easy solutions.

“So far, private civil work has been more fortunate, but even here the likely introduction of fixed recoverable costs, for example, may start to make a difference.”

He said that, although the training of new tenants now was generally “much more effective, and much more widely available”, the opportunities to put the training into practice were becoming scarcer.

“The worry is that our junior tenants will not grow to be the stars of the future without the opportunities to develop and hone the skills they will need; and I know that this has been troubling many sets for some time.”

Mr Walker said one potential answer might be sets “looking actively to secure work suitable for the most junior practitioners, even if the rates of pay are not great” and help them understand the need to develop their careers and skills, “rather than just chase the easy money”.

On technology, Mr Walker said: “Emails follow us everywhere. Far too many judges and solicitors expect us to be reading them at any time of day or night, and to be taking action rapidly in response.

“Technology is also enabling us — and perhaps encouraging us — to spending more and more time on our own. We work ever more from home, partly because it is becoming harder and harder to find time for our families if we don’t.

“So we find ourselves in chambers less often. We see less and less of our colleagues, both barristers and clerks.

“At the same time, we are being asked to do more work than ever to prepare for hearings, and during hearings: those mounting burdens that I have already mentioned. And yet we do it; and if the powers that be get their way, we may all be doing this ever more ‘flexibly’.”

Mr Walker said this took its “toll”, partly on the wellbeing of barristers, yet one unintended consequence could be a rejuvenation of the Inns of Court.

“Many of us are now trying to bring our colleagues together in new ways, whether through chambers’ training sessions, new social events, or just keeping in regular contact without a specific reason to do so.

“Some local circuit messes are being reinvigorated and the Inns may find that this gives them a renewed purpose in the 21st century.”