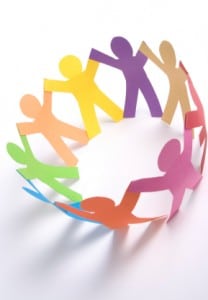 Legal regulators should in future make workforce diversity one of the factors when they rate the risk that firms present to the public, and focus supervision on those with the worst records, according to a report.

The Legal Services Board (LSB) report, Diversity data collection and transparency, on regulators’ progress against LSB guidance, also warned that regulators’ performance in ensuring diversity would be judged on whether they made information about workforce characteristics available prominently to consumers.

The LSB highlighted the importance of gathering accurate data. While improvements in diversity in the legal sector had taken place, they were “predominantly at the lower levels of the profession”.

An expected “trickle up effect” had not happened, it said, meaning that decisions in legal businesses on such things as work allocation and reward, and the measurement of success, had to be changed.

The report revealed large disparities between the success of regulators in collecting basic monitoring data on such things as age, gender, disability, ethnic group and religion.

The worst offenders were the Bar Standards Board and the Chartered Institute of Legal Executives, which both managed to extract the information from only around one in 20 among their ‘regulated community’. This performance contrasted wildly with, for example, licensed conveyancers and solicitors, which obtained information from 56% and 42% respectively.

The board tentatively put the differences down to the way each of the regulators went about collecting diversity information. It concluded: “A great deal more work is needed to ensure sufficient collection and publication of data across the profession.”

Further, the LSB would consider that a regulator had done an “exemplary” job if it insisted on diversity information being published – for instance if “information is made available in a prominent way, [such as] a directory for regulated entities links through to diversity profiles so that consumers can access the information if they choose”.

The report singled out for praise the involvement of Solicitors Regulation Authority equality and diversity staff in supervision visits to firms, and including compliance with diversity requirements in its assessment of risk.

At a roundtable meeting with the LSB last month, regulators agreed to adopt “innovative data collection strategies to improve response rates”, and to discuss the issue more often between themselves and with “equivalent bodies in other sectors”.