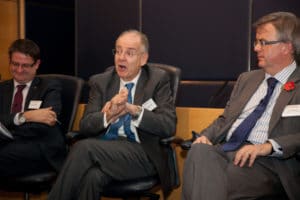 Lord Falconer, well known as a close ally of Tony Blair, gave no statement as to why he resigned, but Mr Turner – MP for Hull East – published on Twitter the letter he sent to leader Jeremy Corbyn.

One solicitor has joined the shadow cabinet in the wake of the mass resignations – Salford & Eccles MP Rebecca Long-Bailey, a one-time healthcare lawyer at Pinsent Masons and Hill Dickinson, who is now Shadow Chief Secretary to the Treasury. She was elected last year.

Further, barrister Emily Thornberry has been promoted from the defence brief to Shadow Foreign Secretary.

Mr Turner told the Hull Daily Mail that no pressure had been placed on him by other colleagues, but that the string of resignations had convinced him that the leader no longer had enough backing to continue.

One other member of the shadow justice team, Wayne David, has resigned by there has been silence from the rest – Andy Slaughter, Christina Rees, Jo Stevens, Lord Bach and Lord Beecham – except that Lord Bach retweeted Mr Turner’s letter to Mr Corbyn. The former Director of Public Prosecutions turned MP, Sir Keir Starmer, has resigned his role as a shadow Home Office minister.

In it, Mr Turner wrote: “After your election to the Labour Party leadership, I was happy to serve in your Shadow Cabinet in order to preserve party unity and to put pressure on the Tory government and their austerity agenda.

“I have enjoyed being a part of the shadow justice team which in these turbulent times has provided a consistent and forthright opposition to the government. I was also honoured to have been asked to help Lord Willy Bach in his Legal Aid Commission, bringing together experts and witnesses from across the legal profession to take a proper look at the needs of the legal aid system and how we can put I back on a more sustainable footing.

“Over the last nine months you have supported me in my role and I have never once felt undermined or taken for granted. You are a man of principle and dedicated one I have often been in awe of your dignity despite attacks from a hostile press who seek to create division in the Labour Party.

“Despite this, it has become increasingly clear that you do not hold the support of the Shadow Cabinet and the wider Parliamentary Labour Party. After the result of the Referendum, the country is calling out for strong leadership and opposition to this vicious Tory government right now.

“At this moment in time I feel like the people of East Hull would be best served if I was to put all of my effort into my constituency work fighting to make sure that we keep an MP who will stand up for worker’s [sic] rights as well as the poorest and most vulnerable.”

Mr Turner was called in 2005 and worked at Hull firm Max Gold Solicitors, before joining Wilberforce Chambers in Hull in 2009. Lord Falconer is senior counsel in the London office of US law firm Gibson Dunn & Crutcher.