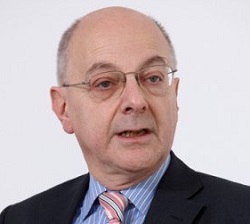 The Civil Liability Bill completed its passage through the House of Lords yesterday with Labour saying that it would continue to oppose increases in the small claims limit for personal injury cases.

The main battle on the bill came at the previous report stage, and there were no amendments laid to change the whiplash section of the bill at yesterday’s third reading before its transfer to the House of Commons.

There were a handful of amendments on the discount rate section, with the government accepting one to ensure that the first review of the current rate takes place as quickly as possible after royal assent, and another requiring subsequent reviews to take place every five years, rather than three years, as had been proposed.

Lord Monks, the Labour former head of the TUC, used the discussion on the discount rate to talk about the small claims limit instead.

“It is a bill which, particularly in its relationship to the small claims limit, will have a profound impact on around 350,000 people a year, who we estimate will be left without the free legal cover that they now experience…

“Those of us who have been concerned with this issue have been hamstrung by the fact that we have not managed to secure the small claims limit to be within scope of the bill.

“We did, in the end, find a way to debate it on report and there was a vote on it, which I accept that we lost, but we had little time to brief members of this House or to campaign more widely.

“I give notice that we will return to the small claims limit issues in any way that we can.”

Lord Monks criticised the government’s use of the retail prices index to justify increasing the small claims limit, when “the national statistician is now on record as saying that the RPI is a very bad statistic”.

The consumer prices index, he said, was “certainly the way to go and it would produce a small claims limit, in the way that Lord Jackson recommended, of £1,500”.

He continued: “Will the government think a little further about this issue? Will they reflect on it again, even at this late stage as the bill goes to the other place?”

In response, Lord Keen, who speaks for the Ministry of Justice in the House of Lords, said the increases in the limit were “appropriate in the circumstances” and were “part and parcel” of the reform package.

He added: “Of course we are open to debate on these matters, and if the noble Lord wishes to engage with me further on them, I am content to meet with him for that purpose.”

As the bill was sent to the House of Commons, Labour frontbencher Lord Beecham said: “We believe that the bill is fundamentally flawed and hope that, when it returns to us, it will have been improved.

“In particular, we would like to see the definition of ‘whiplash’ made by medical experts and the damages determined by the judiciary based on Judicial College guidelines, rather than by a tariff specified for whiplash injuries.

“If there is to be a tariff, the college should be involved in determining the levels.”

He said the increases in the small claims limit would create “obstacles to justice likely to deter legitimate claimants from pursuing and receiving compensation”, and where they did bring claims, “they are likely to add to the growing difficulties experienced by the courts in dealing with unrepresented litigants”.

Lord Beecham added: “To most members of this House, the sums involved are very modest; to many potential claimants, they are not.

“For our part, we will in future seek to oppose the intended increase of the small claims limit to all RTA cases to under £5,000 and for all other personal injury claims to £2,000, when the relevant regulations are laid.”