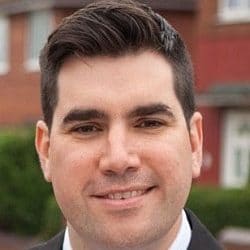 Shadow justice secretary Richard Burgon also told the party’s conference on Sunday that a Labour government’s constitutional convention would look at how to give every citizen a constitutional ‘right to justice’.

Mr Burgon said “deep cuts have hollowed out legal aid” and that Labour would reverse all of the Conservative cuts to Early Legal Help within the first 100 days of taking power.

To help people enforce their rights, Mr Burgon said a Labour government would launch a £20m fund to create a “golden era of law centres”.

He said: “Law centres – like our party – are about enabling working class communities to secure justice and defend their rights.

“So, I want to see new law centres in the heart of our communities: in health centres, in community centres, working with housing groups and with women’s organisations – ensuring the law serves not just the privileged few – but everyone.”

According to the Law Centres Network, there were 63 law centres in 2005 but this has now fallen to just 40, nearly half of which are in London.

Labour has not confirmed how many new ones will open but said its blueprint for the future of law Centres will be published in the autumn.

This will outline plans for securing existing law centres and boosting their provision with extra staff, and setting up new law centres including special units based in communities, for example in food banks or health clinics.

Further, to ensure there are the lawyers to do the work, Mr Burgon announced £18m to spend on 200 new posts to bring through the next generation of social welfare lawyers over the course of the next parliament.

These will be based in social welfare agencies such as law centres or other legal aid providers.

It will do this by expanding the existing Justice First Fellowship scheme run by the Legal Education Foundation. Since 2014, 60 solicitor and six barrister fellows have gone through the scheme.

Each fellowship place – enabling a training contract, pupillage or CILEx qualifying employment placements – costs £80,000, comprising two years of salary plus 50% to fund the supervision and associated costs of hosting a fellow.

Additional funds for the extra administration of the scheme is also covered.

A constitutional right to justice was one of the recommendations of the Bach report into access to justice. Mr Burgon said it should sit alongside access to health and education as the right of every citizen.

Among his promises on criminal justice reform were restoring prison officer numbers to 2010 levels and halting court closures to invest instead in “problem-solving courts tackling the root causes of offending”.