Labour MPs attack cost of qualifying as a lawyer 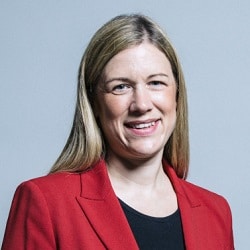 The publicly funded side of the legal profession is “losing a talent pool of bright, young lawyers” to big City law firms because of their debt burdens, the shadow solicitor-general warned yesterday.

Speaking at the Labour Party conference in Brighton, Ellie Reeves said the cost of qualifying meant young lawyers “could not afford to work in a less lucrative job”.

The legal aid sector had been “largely excluded” from government financial support during the pandemic, while over the last decade LASPO had cut public funding by over 30%.

Ms Reeves, MP for Lewisham West and Penge, said children at the South London comprehensive she attended “did not become lawyers” but her father helped persuade her to try a legal career.

She said it was “really difficult” to qualify as a barrister and get a pupillage and she had “faced discrimination” because she did not come from the right background.

Speaking at a fringe event hosted by the Institute for Public Policy Research and the Solicitors Regulation Authority (SRA), she said: “I want to look at discrimination both in terms of social mobility and ethnic minorities.”

Ms Reeves said that unless law students worked for the biggest City firms, they would get into “thousands of pounds” of debt.

She found that “very often” people came to their MPs needing help from a lawyer rather than a politician, but the number of places MPs could refer them to for legal advice was shrinking.

The MP said the removal of public funding for early legal advice in housing cases was “not a saving” because it could lead to people being evicted and developing mental health problems.

On diversity, Ms Reeves said the solicitors’ profession was “more diverse than ever” in terms of ethnicity and gender, but there were “huge problems” elsewhere, particularly when it came to judges.

“The JAC [Judicial Appointments Commission] has made pretty small progress on diversity in the judiciary. The fact that no Supreme Court judge is from a Black or ethnic minority background is shocking.

“We need to get to grips with this issue because it affects access. We want to restore the idea of legal aid as a pillar of the welfare state.”

Bell Ribeiro-Addy MP, a member of the Society of Black Lawyers, said she had “got broke” studying law and was only able to recover by working part-time for senior Labour MP Diane Abbott.

She said it was only by changing how much it cost to study law that a more diverse group of people would enter the profession.

The MP said “quite senior” Black and ethnic minority lawyers and judges had ended up “taking the profession to court” for discrimination.

“We need to accept that there is institutional racism in all of our institutions and work to change that.”

Tracy Vegro, executive director for strategy and innovation at the SRA, said that “nothing would be easy” in terms of improving access to justice but the regulator was about to commission a project on the problem of legal advice deserts and was planning a pilot on unbundling.

“Advice deserts are something we are going to have to tackle, otherwise we will not get the solutions we need.”

She said the regulator was “constantly putting out data” on diversity, and was about to commission research to help understand what the barriers were to diversity in the legal profession and how this might differ from professions such as accountancy and medicine.

Ms Vegro added that the introduction of the SQE, for which there had been a “very encouraging” number of registrations, could prove “really important”.