Labour lays out plan to “widen access” to justice system 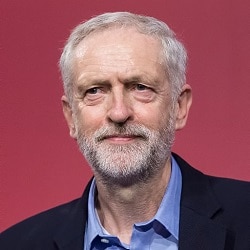 There are many improvements that can be made both to the law and to court processes to ensure that justice is not simply “the preserve of the rich”, the Labour Party said today as Jeremy Corbyn unveiled its manifesto for next month’s election.

It included pledges to widen legal aid eligibility – the withdrawal of which has had “disturbing consequences for the delivery of justice” – and introduce no-fault divorce.

“Budget cuts mean that thousands are deprived of fair resolutions,” the manifesto said. “Justice is eroded by the poor decisions of privatised assessments, by the withdrawal of legal aid, by the removal of appeal rights, by the delays arising from overcrowded courts and by the costs of fees.”

Labour said it would reviewing the legal aid means tests, including the capital test for those on income-related benefits, and consider the reinstatement of other legal aid entitlements after receiving the final recommendations of the access to justice commission led by Lord Bach.