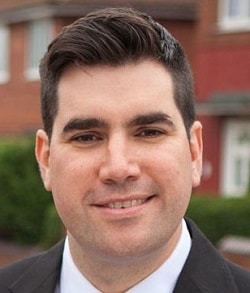 The new Lord Chancellor needs to announce whether the “flawed” Prisons & Courts Bill is to be reintroduced, his Labour shadow said today.

Richard Burgon said that one of David Lidington’s most urgent tasks was to reaffirm the Conservatives’ manifesto commitment “not to meddle with Labour’s Human Rights Act while Brexit negotiations are ongoing”.

This was in light of the promotion of Dominic Raab to minister of state at the Ministry of Justice (MoJ) – the former solicitor is well known for his desire to replace the Act.

Mr Raab was a junior minister at the MoJ before the election. Junior ministers Philip Lee and Sam Gyimah have been reappointed, as has Lord Keen of Elie QC as the ministry’s spokesman in the House of Lords.

Mr Lidington, the fourth non-lawyer to hold the post in a little over two years, will be sworn in on Monday.

Writing for Labour List, Mr Burgon said: “No-one in the legal profession will have mourned the passing of Liz Truss’s time at the Ministry of Justice. Her tenure will be best remembered for her inability to get to grips with the prisons crisis, failing to stand up for the independence of the judiciary and promising barking dogs to scare off drug-delivering drones.”

That meant her successor “has the unenviable task of picking up the pieces caused by years of Conservative cuts”.

Describing Mr Lidington as “an unknown quantity to most of the justice sector”, he said “hard-pressed legal aid lawyers will be dismayed to learn he has generally voted for restricting the scope of legal aid.”

Mr Burgon continued: “The judiciary will want and deserve reassurance that Lidington understands that his role requires him to defend their independence.

“Therefore, when he is sworn in as Lord Chancellor, his speech will have to make clear that Liz Truss was wrong when she failed to condemn hysterical newspaper headlines following the article 50 judgement. Only then will he start to repair relations with judges.

“We also need to know now whether Lidington will re-introduce the Prisons and Courts Bill or whether he agrees with Labour that it is flawed and needs rethinking. The bill provided no solutions to the prisons crisis caused entirely by the Tories’ years of cuts and mismanagement.

“Violence, self-harm, and drugs continue to define the prison environment. We need to examine the role of prison officers and their terms and conditions to create jobs which are both safe and attractive. If not, we will never replace the 7,000 officers lost since 2010.

“He must ensure that the long-awaited review of the ruinous legal aid cuts is begun. The effects of the Legal Aid, Sentencing and Punishment of Offenders Act 2012 are now all too obvious.

“Some 700,000 cases are no longer eligible for legal aid and there are rising numbers of people representing themselves.”

The Prisons & Courts Bill reached its committee stage in the House of Commons before the election intervened, and during those proceedings Mr Burgon spoke out against the personal injury reforms it contained as well.

Sir Oliver Heald, previously minister of state at the MoJ, has left government, saying on Twitter: “Enjoyed my time as a Justice Minister. Great department, great officials. Sad to leave. Have been asked to make way for a younger person.”