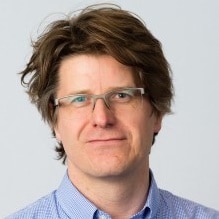 Thornton: Market is moving towards a much more fluid way of consuming legal advice

The owner of the Bar Directory’s new online home has said his ultimate goal is to create a platform where individual barristers could earn subscription income through self-publishing.

Andrew Thornton, barrister at Erskine Chambers and a serial entrepreneur, said his latest venture, Juriosity [1], would make it easy for barristers and other lawyers to write and promote their own content.

Mr Thornton said Juriosity signed an agreement with the Bar Council this spring to publish the Bar Directory online, marking an end to the traditional hard copy version previously published by Sweet & Maxwell.

A marketing campaign would target solicitors next month and Juriosity would eventually include profiles of chartered legal executives and other lawyers.

The site also hosts articles, mainly by barristers, in its “knowledge centre” and has a self-publishing tool.

“Rather than seeing it as a directory, I see it as a knowledge-sharing platform,” Mr Thornton said.

“Lawyers can build their reputations by writing articles. We want to make it a place where you can find really great content over a whole range of areas.”

For the first time, barristers and chambers are in full control of their Bar Directory profile and can update it at any time. Other lawyers and clients can “follow” them, meaning their posts appear on the follower’s news feed.

All members of the Bar will have a free profile in the directory, but can pay £99 for an enhanced entry (£499 for chambers).

“The way barristers’ chambers market themselves is very much the same as it was 20 years ago. There are talks with solicitors wanting CPD, dinners and annual drinks events.

“Most chambers have websites, but with no material traffic. It’s not a particularly effective way of marketing. If you write a mini guidebook on Juriosity about an area of law, it’s a way of proving that you know your stuff.”

In the long term, he said, Juriosity could become a self-publishing tool that would give barristers a second source of income, by charging subscriptions for their content.

“A lot of people starting new businesses are not keen on hourly rates and prefer subscription services,” Mr Thornton said. “The market is moving towards a much more fluid way of consuming legal advice.”

He said that when commercial self-publishing was launched on the site, towards the end of 2019 or possibly in 2020, Juriosity would take a share of revenue for providing the platform.

The barrister is chief executive and majority shareholder in Basement Crowd, which operates Juriosity as a trading name. He said Basement Crowd was launching a subscription service for small businesses in November, called Sparqa.

Among the areas covered would be company law, employment law, IP, data protection and fundraising.

Mr Thornton said the aim was to provide low-cost practical advice to SMEs, competing with the likes of LegalZoom and RocketLawyer.

He is also chief executive of FromCounsel, a corporate law knowledge platform used by 55 of the top 75 law firms.

He described FromCounsel as a collaboration between 21 barristers at Erskine Chambers, around 20 professional support lawyers and a coding team of around a dozen.

Mr Thorton said FromCounsel was poised to expand into other areas of law, such as property and IP, and also possibly into other jurisdictions.

He said the platform, which had until now been funded by private investors, would seek external investment next month.

Although it was “not straightforward” to combine being a practising barrister with running a business, he hoped that many entrepreneurial barristers would, through Juriosity, been given the opportunity.