Knights replaces shares with cash for acquisition after price crash 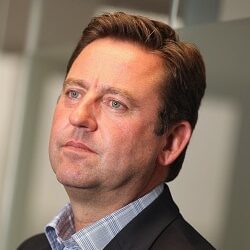 The collapse in listed consolidator Knights’ share price last week has led to cash replacing shares as part of the consideration for its most recent acquisition.

Under the terms announced on 31 January, the four equity partners of York and Lincoln firm Langleys were to be paid an initial £8m – made up of £5.25m in cash and £2.75m in shares – along with deferred cash consideration of £3.5m to be paid in equal instalments over the next three years.

The acquisition completed on Friday but Knights told the stock exchange that “following the group’s recent share price movements”, it has adjusted the terms that so the £2.75m that would have been paid in shares will be added to deferred cash payments on 2 January 2023, 2024 and 2025.

Knights issued a profit warning on Tuesday that saw its share price tumble from 365p to 148p in just two days, and bottomed out at 145p on Thursday – coincidentally the figure it listed at in June 2018. A small recovery on Friday saw the share price close the week on 150p.

Since first listing, Knights’ share price has climbed rapidly and was one of the big listed law firm success stories, reaching a high of 490p in September 2020. It was the only listed firm to end the first year of Covid ahead of where it started.

It has dropped back since then, our annual analysis of law firm share price movements recording that it ended 2021 on 410p.

Chief executive David Beech remains Knights’ biggest shareholder, his 16.8m shares amounting to 19.9% of its issued share capital. Their value dropped from £61m to £25m in the week.