Knights ramps up pace of consolidation with another deal 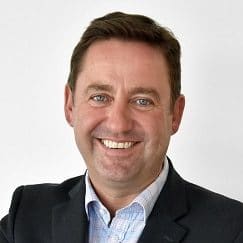 Listed law firm Knights is stepping up its consolidation strategy, unveiling its third acquisition of 2020 with a deal to buy a Nottingham law firm for up to £8.3m, and agreeing a new £40m credit facility.

It told investors that buying full-service firm Fraser Brown strengthened Knights presence in the East Midlands, adding a tenth office to its national network as well as 81 fee-earners.

In all, Knights has made eight acquisitions in the 20 months since it listed. A Legal Futures analysis last month showed that it performed better than any other listed law firm in 2019, with its share price nearly doubling in 2019 to 334p.

The price has continued to surge since, and at midday today was up 5.6% to an all-time high of 468p.

At the start of February, it announced a deal for Croftons, a housing industry firm in Manchester. Last month, Knights bought ERT Law to boost the presence it established in Birmingham in November by buying Emms Gilmore Liberson.

Fraser Brown’s eight equity partners will receive £2.8m in cash and £3m in shares up front, along with deferred cash consideration of up to £2.4m, to be paid in instalments on the first and second anniversary of completion, subject to certain conditions being met.

In its unaudited accounts for the year ending 30 June 2019, Fraser Brown recorded revenue of £7.5m with a profit before tax margin of 10%, which Knights said it expected to increase to more than 15% following integration and “the delivery of cost synergies”

Knights is already in Derby and Leicester, and chief executive David Beech said: “With its local and national client base and broad spectrum of work, the combination of Fraser Brown with our existing presence in the East Midlands will position us as one of the leading legal and professional services firms in the region.”

Patrick Wood, chief executive of Fraser Brown, added: “With its ambitious culture and strong reputation, we see Knights as a good match for us. Having expanded recently, we look forward to continuing to grow our presence in the East Midlands as part of a larger group.”

The facility provides total committed funding of £40m until June 2023, split equally between the two. It replaces the group’s existing £27m facility with AIB and is on “improved terms”.

Mr Beech said: “This will provide us with additional flexibility to further grow our presence across the UK, both organically and through strategically compelling acquisitions, as we continue to enhance the strong growth platform we have developed in key legal markets outside of London.”