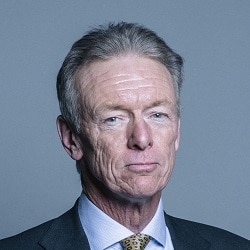 Knights has unveiled the sixth acquisition in its 18 months as a listed firm to boost its recently established presence in Birmingham.

The deal to buy commercial litigation firm ERT Law comes on the day a Legal Futures analysis showed that Knights performed better than any other listed law firm last year, with its share price nearly doubling in 2019.

ERT has 24 fee-earners and its unaudited accounts for the year to 30 April 2019 put revenue at £2m with a corporatised profit before tax margin of 15%, a figure Knights said should increase to more than 20% following integration, “including the delivery of cost synergies”.

Knights is buying ERT on a debt free, cash free basis for £1.8m, paid to its three shareholders in cash and shares equally. The cash consideration is subject to clawback dependent on certain conditions being met for two years post completion.

The firm told investors that the acquisition was “in line with the group’s strategy to accelerate its organic growth through carefully targeted acquisitions which are a strong cultural fit and strengthen existing offices, add new geographies or complementary business services”.

Chief executive David Beech said: “This is an exciting addition to our recently acquired operations in Birmingham, which is in line with our strategy to grow our share of key geographic markets outside London.”

ERT partner Neil Eaton added: “We are proud of the reputation we have built in Birmingham and look forward to building upon this as part of Knights, which is well suited to supporting our ambitious plans as part of a growing full-service firm in Birmingham.”

The firm said it created the new offering in response to the increasing threat driven by the growth of criminal liability for corporates and cybercrimes such as identity theft and phishing, as well more traditional forms of financial crime such as money laundering, tax evasion and fraud.

Chief executive Nicola Foulston said: “The division has been in huge demand since we launched it earlier this year. We are thrilled that Lord Hogan-Howe has agreed to become an adviser, who will help not only enhance our service to our clients but also establish Rosenblatt as one of the leaders in this area.”

Lord Hogan-Howe said: “I am delighted to be joining this excellent law firm as it continues to grow following its successful public listing.”