Kiss and make up? Edmonds and Deech begin process of détente 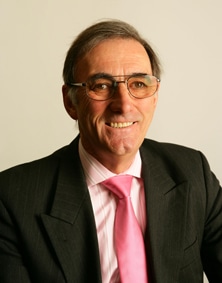 Edmonds: regret some of the personal attacks that have been made

The Legal Services Board (LSB) has no agenda for fundamental reform of the profession and would like to see a new era of co-operation between frontline regulators on matters of common interest, its chair David Edmonds told barristers last week.

Addressing the Bar Standards Board’s (BSB) monthly board meeting in the presence of the new chairman of the Bar, Maura McGowan QC, and her predecessor, Michael Todd QC, he also expressed regret at some of the “personal attacks” that have been made during months of sniping back and forth between the LSB and Bar, with the BSB particularly strident.

Mr Edmonds said progress on the performance challenge the LSB has set regulators will determine the board’s attitude to applications for rule changes, such as the new Bar Handbook and the BSB’s application to become an alternative business structure (ABS) licensing authority.

The challenge – in the form of ‘regulatory standards assessments’ that will set the regulators goals on such things as an outcomes-driven approach, understanding risk and supervising lawyers accordingly, and compliance and enforcement strategies – was “a perfectly proper and constructive role for an oversight regulator to play”, he said.

Adopting a conciliatory tone, Mr Edmonds said the LSB has been “impressed by… the realism and honesty” of drafts of the BSB’s assessments it had seen.

The final submissions would be published “early next year”, after which “monitoring performance against action plans and progress on implementing those plans will be a key factor for us in making decisions on rule changes and… applications”, he said. The BSB will submit its new Handbook shortly to the LSB for approval and will apply to the board to become a licensing authority for ABSs in the new year.

Mr Edmonds assured BSB board members that when the LSB receives the Handbook, which includes a revised code of conduct, it will “apply the proper statutory test for rule approval… but we don’t have an alternative version hidden in our back pockets that we will try and force on you”.

Rejecting complaints that the LSB was engaged in ‘mission creep’ – a charge made most recently by Ms McGowan – he said: “It has on occasion been suggested there is some kind of LSB agenda fundamentally to reform the nature of regulation and the bodies that regulate the profession. We don’t have that agenda.

“I see the role of the regulator very clearly is to protect the interests of the citizen, to promote the effective protection of the consumer… to stand up to vested interests… [and] to analyse facts, to take decisions based on those facts, and not to rest on assertions and past practices. “

He added: “I regret… some of the personal attacks that have been made, some of the personalisation – not about me but about others. I think it’s appalling that people can’t represent their institutions, take a view on policy, argue a case, without being attacked by individuals who sit on the other side of the argument.”

Asked how he viewed the future regulatory landscape, Mr Edmonds anticipated there would be no further legislative change in the next several years and said he expected further movement “towards a focus on outcomes”. The regulation of advocacy was one area where he could envisage future cooperation between regulators, despite recent battles over aspects of the Quality Assurance Scheme for Advocates.

“It seems to me that there is something down the middle where the Solicitors Regulation Authority and the BSB ought to be able, for the benefit of their respective constituencies… to work out a different way of doing things from how it is done at the moment.

“My hope would be that, as we come to the end of the first phase of [post-Legal Services Act] implementation, we move into a world where more of that kind of discussion can take place.”

BSB chair, Baroness Ruth Deech, responded that her board shared with Mr Edmonds a commitment to access to justice. She said the LSB’s objectives were “very good ones”, although some barristers felt differently over the relevance of its approach to regulation to their own practices.

A number of BSB board members welcomed the LSB’s visit and said they would like such contact to become a more regular event.