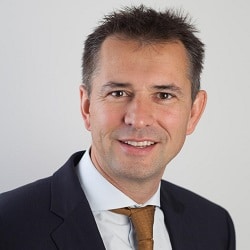 Keystone Law – the pioneering ‘dispersed’ law firm made up of 250 self-employed senior lawyers – is set to become the third legal practice to list on the London Stock Exchange’s AIM market, after announcing today that it will raise £15m through the float.

The placing, which will value Keystone at £50m on admission on 27 November, will raise gross proceeds of £9.4m for the company and £5m for the selling shareholders.

It told the market that the placing was “significantly oversubscribed”. The company will also issue subscription shares to raise a further £600,000.

The firm joins Gateley and Gordon Dadds as listed law firms in the UK – the only other two in the world, aside from intellectual property businesses, are Slater & Gordon and Shine in Australia.

Keystone, which describes itself as “one of the leading UK mid-market challenger law firms”, gave two reasons for listing.

First, it would increase brand recognition “whilst lending further credibility to its offering to both clients and lawyers, thereby enhancing the group’s future growth potential”.

Second, the net proceeds of the placing would be used primarily to redeem the outstanding amount of the loan notes held by certain of Keystone’s existing shareholders totalling approximately £7.4m, which would leave the group debt free following admission.

Three years ago, Keystone took £3.15m in private equity [1] in return for a 35% stake in the business for Root Capital.

In the short term, the announcement said the focus would continue to be on organic growth through bringing in more lawyers. They work from home, supported by the firm’s administrative hub in London, and receive 60-75% of their fees.

“Longer term, the board believes that suitable acquisitions of smaller businesses, with similar business models but strengths either in specific geographical or niche legal practice areas, may present options to accelerate growth further.”

It said Keystone has “a strongly cash generative financial model – since lawyers are only paid once the firm has been paid – with scope for “further operating margin enhancement” as its overhead base is fixed.

The firm emphasised that it has no dependency on any single practice area, lawyer or client – no single client represents more than 2%, and no single lawyer represents more than 3.5%, of aggregate revenue – and has chosen not to operate in higher-risk areas such as high volume, low value personal injury and conveyancing.

It added: “With each lawyer acting as a business developer, Keystone’s lawyers tend to develop and drive revenues that sustain their level of income and thus provide a strong degree of predictability over future revenues.”

The firm said its model enabled the group to scale rapidly without working capital pressures and constraints.

“Keystone’s platform model and associated remuneration structure is attractive to high-calibre, experienced lawyers from mid-market firms with their own client following, providing an alternative way to practise the law and the opportunity to earn more than in a conventional firm whilst enjoying a better work-life balance.”

It said the greater pressure on law firms has led to increasing billing targets for lawyers alongside their business development and managerial duties.

“At the same time, the directors believe much of the historical appeal of equity partnership has reduced, with many junior partners no longer seeing the merits traditionally associated with that form of ownership.

“These dynamics have resulted in a significant number of experienced but dissatisfied lawyers across the UK mid-market seeking alternative ways to practise law.

“The directors believe that, as a result of these trends, the UK legal services mid-market offers significant opportunity for an alternative model law firm such as Keystone.”

Chief executive James Knight said: “Our decision to list on the London Stock Exchange will provide us with the most resilient and stable platform to support our ambitious growth plans long into the future.

“The UK legal services market is the second largest in the world and I believe the Keystone model is well placed to take advantage of this significant opportunity.”

The announcement revealed that Keystone’s EBITDA margins have grown from 5.1% in the year ended 31 January 2015 to 8.1% two years later, while average historical operating cash conversion is above 80%.

Adrian Biles, chief executive of Gordon Dadds, is speaking at next Tuesday’s Legal Futures Innovation Conference in London. A few tickets are still available. Click here [2] for all the details.