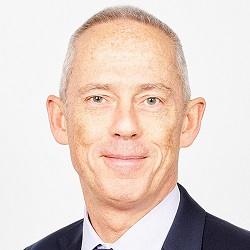 A Kent-based law firm has unveiled plans to increase its headcount and turnover by 30% over the next two years, while also allowing staff to do 10 days work in nine and have the extra day off.

Thackray Williams, which is based in Bromley and has two other offices in Kent and one in London, said its aim was to become a major force across the South-East.

The firm has 16 partners and 140 staff operating across a broad range of private client and commercial work. Managing partner Sean Sanders said the strategic plan was focused on boosting the offering to businesses in particular through recruitment and ‘bolt-on’ acquisitions of smaller law firms.

Thackray Williams’ turnover has grown from £7m to £10m over the past five years and it has continued to recruit despite the pandemic, adding 20 staff in 18 months.

Those in Bromley are moving into new offices that have been optimised for flexible working – they are a third smaller than its previous base as a result – and also cater for the neurodiverse, providing spaces that work for different kinds of people.

The firm said this meant recognising in the design that some people can be over- or under-stimulated by parts of their environment, such as background noise and lighting, while also taking into account textures, smells and temperature.

A fifth of staff already work part-time and the new ‘You day’ initiative is aimed at full-time staff. In deciding whether they have done 10 days of work in nine days, “managers will monitor output rather than input, and trust their staff”, Thackray Williams said.

Mr Sanders said he had looked to ensure that partners were subject to the same high expectations as the firm has for staff by putting in place a new partnership agreement contains detailed provisions on performance management alongside a ‘Partners Charter’ that “sets out clear expectations of how we behave as a partnership”.

Mr Sanders says: “We have a clear strategy to become a significant player in the South-East legal market beyond our immediate locations. To do that, we need to be an employer that attracts and rewards the best staff for delivering the great service we want for our clients.

“We have a lot of great people at Thackray Williams, which is why our business has grown in recent years, and further expansion will ensure they have the opportunities to achieve their personal goals alongside those of the firm.”

In a separate development, Leeds firm Walker Morris has unveiled a sabbatical scheme under which all solicitors from associate to director level with more than two years of service will be eligible for up to four weeks paid leave in addition to their annual holiday entitlement.

Solicitors may elect for a two or three-year scheme, whereby those with two years’ service are entitled to a two-week sabbatical and those with three years’ can take four weeks.

They can also extend their sabbatical by using two weeks of holiday entitlement, and while the scheme is intended to provide solicitors with a longer break, it has been engineered so that time can be taken in shorter chunks over three years, effectively as extra holiday.

More than 160 staff at Walker Morris are eligible to take up the incentive.