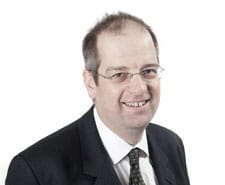 The chief executive of the Legal Services Board has urged local government lawyers to seize the opportunities presented by the prospective introduction of alternative business structures (ABSs) in mid-2011.

Speaking last week at a Bevan Brittan seminar on legal services regulation, Chris Kenny said local authority legal teams needed to consider the impact of the changes being brought in under the Legal Services Act on their roles as commissioners, providers and employers.

Mr Kenny suggested that local authority legal departments needed to assess whether they have the commissioning skills to deal with this new environment. Citing his experience at the NHS, he warned that there was a danger of building “a slick service provider” before the commissioning organisations were ready.

The LSB chief executive added that local government lawyers should look at how they can bolster their own offering as providers. “Do you want to follow the Kent model? Would the arrangements be informal, would it be some kind of consortium, would you go into the joint venture world, or would you even establish an ABS? How would your respective chief executives respond to that?”

A third consideration should be the effect of the new regime on local government legal teams as employers, and their recruitment and training practices. “Do people see themselves on the slow ladder to becoming the borough solicitor or head of legal or do they see themselves as jumping in and out of the public sector?” Kenny asked, arguing that it was essential to look at the skill set departments would require going forwards.

Mr Kenny concluded: “There are a whole range of issues, many of which are swirling around already, but all of which the advent of alternative business structures will make sharper and more pointed than before.”

Calling on local authority lawyers to make the most of the new regime, he said: “This is a world where the glass is definitely half full for those who spot it and are able to respond.”

Iain Miller, a partner and professional regulation specialist at Bevan Brittan, highlighted the practical impact of the changes under the ABS regime, including the move towards licensing entities, rather than individuals. The regulation of all lawyers will become entity or firm-based, he added.

Mr Miller said: “The obvious consequence is that in-house teams will be able to provide legal services to someone other than their employers if they are licensed to do so. The clear distinction between private practice and in-house practice may no longer exist. It would be perfectly possible for an in-house team in the public sector or the private sector to say they would like to be an ABS.”

Bethan Evans, a partner in the communities and local government group at Bevan Brittan, pointed to the intense financial pressures on local authorities and acknowledged that legal services “are not immune to that”. She added: “Local authorities as customers will need – more than ever before – high-quality legal advice if they are to deliver the agendas that they are trying to deal with.”

Ms Evans pointed to the momentum – both in supply and commissioning – towards greater collaboration and shared services that can provide economies of scale. “We are talking with a number of clients and there are examples increasingly around the country where local authority legal departments are collaborating to either provide jointly, or commission jointly, or do both jointly. That is a trend that will only increase.”

Sharing legal services could deliver similar operational benefits to other, already shared back office services. “You can argue that it gives an increased and more effective use of overall resources – you are looking at 10-15% reductions on back office service costs in some of the big schemes,” she suggested. “It can also deal for a lot of smaller authorities with some of the pressures they have with the peaks and troughs of workload, recruitment and retention, and retaining and using specialist expertise.”

Ms Evans said there could also be welcome distance to difficult issues, for example in monitoring officer member investigations and complaints where using a pool of monitoring officer resources can mean those issues are dealt with at arms’ length.

She added that, in these straitened times, there will also be a push to maximise external income from whatever source it can be obtained, and legal services may be part of that.

But Ms Evans also pointed to some of the challenges of shared legal services, indeed of shared services of any kinds. These include the vulnerability to political winds in their authorities, concerns over a loss of ownership of and accessibility to the service, conflicts of interest and procurement rules. These challenges are nevertheless capable of being overcome.

According to Ms Evans, viable models for sharing services include informal collaboration, contractual arrangements, and physical co-location of teams (though perhaps not in a TUPE way). There are then more formal arrangements such as the ‘partial lead authority’ model, where legal teams dealing with transactional casework such as childcare and planning work together or possibly become one team, but the monitoring officer and corporate level advice stays in the authority.

Some authorities have gone even further, such as the Lincolnshire model where staff have transferred to the county council, which then provides legal services to most of the districts councils.

A separate corporate entity is currently unviable for providing legal services, she said, but as a model for providing services such as HR, ICT and finance back to councils, it is increasingly familiar to local authorities.

“At the moment adding legal to that list of services is problematic because it takes the lawyers out of that umbrella of employed solicitor regulation into a different regulatory world,” Ms Evans said. “Under the new arrangements it will be possible for legal services to be potentially dealt with in that way and for an ABS – perhaps an entity owned by a number of councils – to be set up in order to provide services back.”

The attraction of an ABS

There are two reasons this might happen, Ms Evans suggested. One is that there is a concern – suspicion, even – among authorities about one council taking the lead. A neutral entity that is one step removed but in which all the participant authorities have a say in how it is run could therefore prove attractive.

The second reason is that authorities are increasingly looking at outsourcing a whole basket of back-office services, with business process outsourcing consultants keen to add legal to the list.

“You could see that as a threat, you could see it as an opportunity but it is something that will have to be thought about as financial pressures on authorities do inevitably lead to more outsourcing and back office arrangements,” Ms Evans argued.

Delegates at the seminar suggested that the possibility of setting up an ABS was attractive but expressed concerns at the burden of entity-based regulation, the need for separate professional indemnity cover and the potential impact of the successor practice rules if the ABS venture is deemed not to have been a success.

“The preferable route may be to go down the shared services idea, particularly with transactional activity, and keep in-house somebody who is going to be your monitoring officer and deal with your corporate support,” said one.

However, there was confidence in the ability of local government lawyers to survive both the changed environment and the possible arrival of large outsourcing organisations.

“In-house legal teams in local government have always been faced with work going out,” one participant said. “We’ve had compulsory competitive tendering. We’ve now got various structures such as shared services. We should be looking at ABSs as a tool…. and how we can use it to our own advantage.”

This article was written by Philip Hoult, editor of Local Government Lawyer