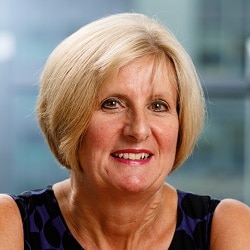 Wilson: We wanted to introduce new route as soon as we could

The programme will see law graduates start working at Kennedys without needing to go through legal practice course, and instead gaining the required qualifying work experience in one of its teams before sitting the SQE1 and SQE2 exams they will have to pass to qualify as a solicitor.

BPP will provide the educational element.

The GSA will run alongside the traditional training contract, as well as and paralegal apprenticeships for school leavers.

Kennedys is looking to recruit 13 students to the GSA across five of its English offices – London, Birmingham, Cambridge, Manchester and Taunton.

Caroline Wilson, HR director at Kennedys, said the ‘earn while you learn’ element of the GSA would help Kennedys attract and train people “from a much wider range of backgrounds”.

“Following the success of our legal apprenticeship, launched in 2012, we wanted to introduce this new route as soon as we could to enable talented graduates to qualify at Kennedys.

“A more diverse workforce brings with it better perspectives and ideas, which is crucial as we look to transform legal services for our clients.”

An early pioneer of legal apprenticeships, Kennedys has recruited 84 apprentices in the eight years it has been running its programme, three-quarters of whom have remained with the firm.

Kennedys is one of the first firms to show its hand on how it will adapt to the SQE.

Last December, the ‘City Consortium’, a group of six leading City law firms – appointed BPP to deliver a foundation course for their non-law graduates (a tailored version of the graduate diploma in law), SQE 1 and 2 preparation programmes, and a bespoke programme “extending far beyond the basic requirements of the SQE and developing a wide range of additional knowledge, skills and behaviours relevant for a City trainee”.

The consortium is made up of Freshfields Bruckhaus Deringer, Herbert Smith Freehills, Hogan Lovells, Linklaters, Norton Rose Fulbright and Slaughter and May.