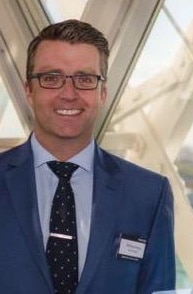 West: KLAiM is only virtual lawyer service for defendants

City law firm Kennedys has launched an extended version of its virtual defence lawyer, which for the first time enables clients to send cases directly to counsel without the need for a solicitor.

KLAiM, which was devised by Mr West and launched in 2012, is used by large clients, such as insurance companies and local authorities, to manage claims worth up to £25,000 from service of proceedings to settlement and so avoid the need to spend money on lawyers for such cases.

The firm estimates that, in the past two years, over 75% of cases managed by the system have settled successfully, saving one client “well over a quarter of a million pounds” every year.

Mr West said the “vast majority” of cases currently handled by KLAiM were personal injury and vehicle damage cases where primary liability was admitted, but it also covered employer’s and occupier’s liability.

The latest version extends KLAiM into Ministry of Justice stage 3 hearings (paper or oral hearings in county courts where damages are not agreed) and infant approval hearings.

He said clients had asked for the extended service and in both situations the system enabled cases to be assembled and sent to counsel without the involvement of a solicitor.

Mr West said he believed KLAiM was the first and only virtual lawyer service for defendants.

“One insurer told us he is currently paying a law firm over £1m a year to deal with Ministry of Justice stage 3 cases, and now he won’t need to.”

Mr West said KLAiM could either be provided to existing clients on “fair commercial terms” or licensed to non-clients, though in practice most users were likely to become clients.

He said Kennedys was currently building a more advanced version of the system, using AI and machine-based learning, ready for launch next year.

“KLAiM is more than a virtual litigation lawyer for defendants. It will reduce reliance on lawyers in as many product lines as possible.”

Mr West said among the areas suitable for the AI-based version of KLAiM were professional indemnity and healthcare claims.

“Although seemingly counter-intuitive for a defendant law firm to develop a tool that removes a revenue stream, we’re of the belief that lawyers should be instructed only when they’re really needed.”

Mr West said the defendant law firm model had been based on lawyers demanding sufficient volumes of work from clients to drive costs savings. In the future, he suggested that law firms should require clients to be “as self-sufficient as possible”.