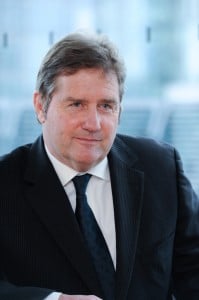 City firm Kennedys has become the second largest law firm to become an alternative business structure (ABS) after being awarded a licence by the Solicitors Regulation Authority (SRA).

The firm said the licence will allow greater opportunities for growth, as well as accommodating its four non-solicitor partners.

Only Irwin Mitchell, which has five licences for different parts of its business, is higher up the list of the top 50 firms, judged by turnover, as published by The Lawyer. Parabis, Weightmans and Keoghs are the other top-50 firms that are ABSs.

In 2009, Kennedys was the first major City law firm to become a legal disciplinary practice, initially enabling two chartered legal executives to become partners. This was a transitional measure under the Legal Services Act 2007 and Kennedys needed to become an ABS to maintain the status of the four non-solicitor partners it now has.

Senior partner Nick Thomas said: “Having an ABS licence will not change the day-to-day running of the business and we are not considering external investment in the law firm. It will help us operate as a modern legal services business, with greater flexibility to take advantage of future growth opportunities.”