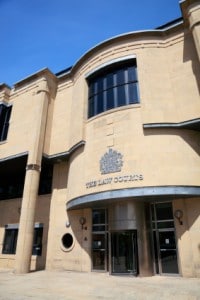 Advocacy: all Crown Court advocates should have barrister-type training

A report for the Bar Council on the future of criminal justice and advocacy has recommended that legal executives are kept out of the Crown Courts, while solicitors should only be granted rights of audience if they have undergone the same level of training as barristers.

The Chartered Institute of Legal Executives (CILEx) has responded by pointing to inaccuracies in the report and saying that restricting advocacy to a “small group of professionals” would not guarantee quality.

The report is the work of a group chaired by former senior circuit judge Geoffrey Rivlin QC. It said “persons lacking training and appropriate qualifications” to carry out Crown Court advocacy should not be given the “immense responsibility” of doing so.

It continued: “We do not believe that legal executives should have rights of audience in the Crown Court. If this right continues, in all cases where a legal executive intends to appear as an advocate in the court, the client should be advised of their right to use a solicitor or barrister to represent them, together with clear notification of the contrasting qualifications for the work.”

The report described vocational training and experience as “invaluable”, but said there were “bound to be cases in which ‘book-law’ and a more rigorous academic background will be of benefit to the client”.

Although training by the CILEx combined working in a legal organisation with studying for exams, the starting point was a “minimum of four GCSEs”, it noted.

The report insisted that no advocates should not be given rights of audience in the Crown Court unless they have received at least the level of training currently expected of barristers. “As we have demonstrated, the difficulty and the importance of the work demand no less.”

The report said solicitors should be required to advise their clients in writing of the reasons for recommending an in-house advocate, and their right to instruct independent advocates.

It described the introduction of ‘plea only’ advocates, whether solicitors or barristers, as a “move towards ‘dumbing down’ within the profession” and rejected the idea that some lawyers may not be competent to handle trials but could deal with those who plead guilty.

On Crown Prosecution Service ‘associate prosecutors’ (APs), the report said: “In so far as APs have been given rights of audience (in limited circumstances) in the Crown Court, we understand that, in practice, this does not happen.

“We reiterate that should it be contemplated, it is in our belief that only those who are legally qualified and have undergone appropriate training should appear in the Crown Court.”

The Rivlin report said it was to be “deplored” that the Legal Services Board had “hardly resisted” moves towards greater use of unqualified advisers.

On McKenzie Friends, the report said they could see “no justification” for them to seek fees for their work and it would “drive a bulldozer” through the Legal Services Act if they were allowed to speak in open court.

It described the Bar Professional Training Course (BPTC) as expensive and “not highly regarded” by practitioners. “Whilst we recognise that the BSB does not wish to cap numbers on the BPTC, we fear that commercial providers are using the system to make money from people with no realistic prospect of pupillage. This should not happen.

“A solution could be achieved by raising the standards of entry on to the course, to prevent those with no realistic chance of a career at the Bar from undertaking it.”

The report was careful to avoid commenting in detail on the Quality Assurance Scheme for Advocates (QASA) – an issue due to be the subject of a ruling by the Supreme Court. The report was generally favourable to the arrival next month of entities regarded by the Bar Standards Board, and said chambers should consider all options.

Responding to the Rivlin report, a spokesman for CILEx said over 270 chartered legal executives were now partners in law firms – not the 100 referred in the report.

“We have no objection to our advocates’ clients being advised of their rights to use a solicitor or barrister, as long as the same rule applies to all, and chartered legal executive advocates are offered as an alternative to solicitor advocates and barristers.

“Advocacy should not be immune from healthy competition that is well managed and regulated. Restricting advocacy rights to a small group of professionals will not guarantee quality, trust or confidence.