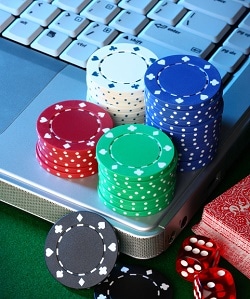 A vastly experienced solicitor who took over £1.2m from client account in just two months to fund an online gambling habit has been struck off, despite the money being paid back and his claim that personal difficulties mean he had been in a “kamikaze” state of mind and “pushed the ‘sod it’ button”.

Richard Noel Sedgley was born in 1951 and was admitted in 1978, practising as a sole practitioner in Bournemouth.

Though at times there were shortages on the client account, by 15 June 2016 all the money had been replaced. He made 35 payments the other way, mainly from his winnings but also from his personal funds.

Mr Sedgley said he had suffered two bereavements in a short period – the sudden death of a work colleague and the death of a close personal friend – and both funerals had taken place in the week before the first withdrawal from client account. Witnesses said his gambling had been out of character.

He said he did not understand that what he was doing was wrong, because he had had no intention permanently to deprive clients of their money.

The test to find a solicitor dishonest involves both an objective element – “by the standards of reasonable and honest people” – and a subjective one, namely that the solicitor must have realised that by those standards his or her conduct was dishonest.

The SDT said: “Whilst the tribunal took into account the fact that the respondent’s behaviour in the relevant period was out of character, and considered carefully the difficult circumstances he faced at the time, it was forced to the irresistible conclusion that in making such a large number of transfers, totalling a staggering £1,204,000, from February to April 2016, the respondent’s conduct was dishonest by the ordinary standards of reasonable and honest people.

“Further, in taking steps to repay the money and keeping records of how much was owed when he knew the money belonged to his clients, and that he was not entitled to use that money, the respondent realised that his conduct was dishonest by those same standards.

“The respondent’s conduct showed conscious impropriety, over a period which was long enough to show a course of conduct.”

Though there had been no actual loss to clients, there had been “a real risk” at times during the period that Mr Sedgley would have been unable to repay the money he had used.

The SDT concluded: “Whilst it was to the respondent’s credit that he had repaid the sums he had misused and that the misconduct was within a short period in a long and good career, there were no exceptional circumstances such that any lesser sanction than striking off was appropriate.

“This was a sad case, as until this period of misconduct the respondent had been a good and honest solicitor. However, the maintenance of the reputation of the profession, as one whose members could be trusted to the ends of the earth, required that the respondent should be struck off the roll.”