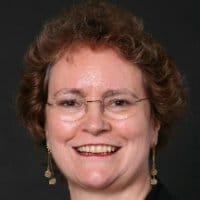 The former permanent secretary at the Ministry of Justice (MoJ) has spoken of how some of her political masters in the coalition would press ahead with controversial policies even if advised that they were likely to be challenged successfully in court.

In an interview with the magazine Civil Service World, Dame Ursula Brennan said dealing with lawyers as stakeholders meant that “if they’re unhappy, they immediately take you to court to a much greater extent than [stakeholders] in other departments”.

She said: “The MoJ produced a load of policies which were perpetually subject to judicial review and lots of people said: ‘That shows you were doing things that were illegal.’ It didn’t – we were really careful to say: ‘It’s our job to establish whether or not it’s possible to do something.’

“It’s true that quite often ministers wanted to push things further and faster and people challenged that and sometimes we lost those challenges. I know a lot of people got very agitated about that. I think it’s up to ministers to say: ‘I want to push and try and if I fail, okay.’

“One of the things that has changed in the way we advise ministers is that we used to say: ‘You can do that, you can’t do that.’ Now we more often say: ‘If you do that, there will be a legal challenge, and it’s quite likely we’ll lose.’

“And some ministers in those circumstances will give up, and others will say: ‘No, actually, if there’s a chance we might win, I want to try.’ And as democratically elected politicians that is their prerogative. But of course it does make it difficult if you’re trying to plan: because you have to factor in that if you’re doing something controversial, it’ll be judicially reviewed and then you don’t know how long the process will take, what changes you might be forced to make. That’s a part of life.”

Dame Ursula also recalled the rushed birth of the MoJ in 2007, describing it as an “announced-on-television-one-weekend affair” by then home secretary John Reid.

“The judges knew nothing about it; I was a civil servant in what was still the Home Office at that point – none of us knew anything about it,” she said. “And so then there was a frantic scramble to create the department that had just been announced.”