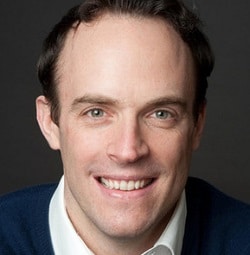 Raab: Evidence not there

The government yesterday damped down hopes that it would consider funding greater access to early legal advice.

Support for a restore legal aid for early advice has been growing, with justice committee chairman Bob Neill MP and Supreme Court president Baroness Hale among those to talk up its benefits.

Even Solicitor General Robert Buckland has been reported as acknowledging “a strong case for a significant increase in funding for early advice legal aid”.

Answering questions in the House of Commons yesterday, however, justice minister Dominic Raab said the evidence did not back up the assertion by Labour MP Emma Hardy that such a move would both help solve some legal problems and save taxpayers’ money.

He said: “We provide a wide range of legal help, for example in civil and family cases. Last year we spent £100m on legal help, including practical support and telephone helplines that provided advice on 20,000 occasions.

“There are also online tools to make it clear to people when legal aid is available, but other sources of legal advice are also available.”

At the Conservative Party conference in October, Mr Neill said early advice, particularly in divorce cases, could be seen as an “investment to save”.

The current situation had led to an increase in litigants in person, he said, which was both “unfair” on them and not cost effective because of the impact on the courts.

He told Mr Raab yesterday that the lack of early legal advice had meant that the anticipated growth in family mediation after the 2013 legal aid changes has not happened.

“In fact, the numbers using mediation have dropped massively, and all the evidence indicates that that is because early legal advice is a gateway to mediation for assisted parties and reduces the burden of litigants in person in the courts. Is it not time that the minister looked again at the issue?”

Mr Raab said the recently announced review of LASPO provided an opportunity to consider this, “but I do not think that the answer will be exclusively about money; it will also be about the positive incentives that we put in place”.

Labour’s shadow justice secretary, Richard Burgon, urged the Ministry of Justice to commission independent research into the savings that could come from early legal help to inform the LASPO review.

Mr Raab replied: “We have got the review in place. We will take a wide range of advice and set up expert panels to ensure that we get the proper and best advice…

“However, his proposals would add £400m to the cost, and he needs to explain where the money would come from because it does not just grow on trees.”

In October, Baroness Hale observed that “so many legal problems can be solved” by early advice in housing or divorce disputes.

The figures crunched by Ipsos MORI showed “a clear statistical link between getting early legal advice and resolving problems sooner”.

It found that, on average, a quarter of people who received early legal advice resolved their problem within three to four months.

By contrast, only a quarter of those who did not receive early advice had resolved their issue after nine months.

“Anyone who can’t afford to pay for early legal advice may struggle to identify solutions – meaning simple issues spiral and can end up in court bringing unnecessary costs to the taxpayer.”

In defending the government’s spend on legal aid, Mr Raab reiterated the government’s oft-cited but much-criticised statistic that the £1.6bn budget provided more legal aid per capita than any other Council of Europe country – but for the first time he admitted that “I know that we cannot compare like with like exactly”.