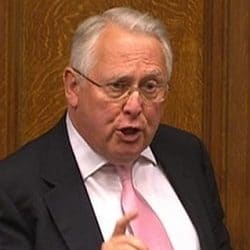 MPs have today launched an inquiry to investigate delays in the court system and what should be done to clear the backlog of cases.

In a report on the impact of the Covid-19 pandemic on the courts, the justice select committee said the number of outstanding cases in the criminal justice system in particular “create the ingredients for a significant crisis”.

The committee said the follow-on inquiry, ‘Court capacity’, would review the “practical experience of delays” in the system, investigate whether increased sitting days would be enough to clear the backlog and examine possible long-term solutions, including digital hearings.

“One of the core lessons of this crisis is that the courts which are the front line of criminal justice need to run in such a way that their capacity can be increased in response to demand.

“Closing courts and reducing court capacity before implementing reforms that can increase capacity, either through technology, staffing or changes to the estate, left the criminal justice system in a difficult place going into this period of crisis.”

In contrast to some parts of the civil justice system, technology has not enabled trials to go ahead at anything close to normal levels.

The committee said it was “remarkable” that in 2020 “basic data” on how many criminal cases were in progress and how many trials were due was not available to the Lord Chief Justice.

The Ministry of Justice (MoJ) and HMCTS were invited to set out “with a timeline” how this information could be provided.

Although it welcomed the fact the government was “developing options” on jury trials, the committee complained that this was “going on behind closed doors” through informal discussions.

On the role of technology, the committee said it was concerned that there had been “no judicially or government commissioned review of the increased use of remote hearings in criminal cases in either the magistrates’ courts or the Crown Court during the pandemic” and called on the MoJ to launch one.

It was “particularly worrying that, when it comes to evaluating the impact of technology, we know the least about how those who are most in need of support”.

It called for HMCTS to set out a policy to ensure that court users, particularly those who were vulnerable, could follow and participate in virtual processes, which specified which checks were necessary and which court official should make them.

Turning to the civil courts, MPs called for the government’s court reform programme to be “reformulated” to encourage debate and engagement over which planned or newly introduced measures would be kept for the long-term.

“It is vital that long-term decisions are taken after consultation with all relevant stakeholders.”

The committee said it was important that Covid-19 was not “used as an excuse for bringing in permanent changes without prior consultation and suitable evaluation of their effects”.

In a further recommendation, it asked HMCTS to commission research to establish how the principle of open justice should apply to remote hearings, including research into “how the public—not just the media—can ‘attend’ hearings”.

There also needed to be a proper evaluation of the effects that the rapid move to remote hearings have had, including users’ perception of the fairness of the proceedings and any barriers they faced.

The committee called on the MoJ and HMCTS to “set out a comprehensive plan” for how the backlog would be dealt with, including details of additional court premises, sitting hours, proposed timelines for reducing backlogs and estimates of when the number of outstanding cases would be reduced to pre-Covid levels.

Committee chair and Conservative MP Sir Bob Neill said: “More and more people are waiting for their day in court. We welcome the government’s attempts to reduce the backlog by thinking beyond simply increasing sitting days. We also urge it to ensure that access to justice remains at the heart of its proposals.

“We are impressed by the way new technology has been used by courts to speed things along in some cases, but more research is needed on how ordinary people – defendants and witnesses – experience this technology.”

Meanwhile a pre-Covid evaluation of HMCTS video hearings by the London School of Economics published yesterday recommended that complex cases “should not be ruled out” as unsuitable for video hearings.

Researchers said: “It is important to recognise that the formality of a physical court or tribunal may not be replicated on screen, but hearings can still meet a minimum standard of professionalism.”

The research took place for a year to March 2020. The video hearings platform studied was “not being used” by HMCTS as part of its emergency response to Covid-19 and was considered an “end-state solution”, which was still being developed.

The research was based on an in-depth study of 23 video hearings in the civil, family and tax courts and tribunals, six of which did not start due to technical problems.

Researchers concluded that users found the video hearings platform “convenient, robust and easy to use”, though they made clear that no data had been collected from vulnerable court users.

“While judges expressed concerns about the formality of the proceedings and the ability of the video platform to communicate authority, all users reported that the tone and level of formality was appropriate.”

The judges said they could see the benefit of moving some additional hearings to video, though some cases were better dealt with where parties were physically together.

“Judges held some reservations about video hearings, in terms of their ability to manage video hearings effectively, the ability of the hearing format to communicate formality and authority, dealing with late or missing documents, and the cost effectiveness of administrative support.

“They stressed that video hearings were a good option as long as the technology was dependable. Judges reported that access to video hearings should be increased but not as a substitute to physical hearings.”