Just 10% of people with legal problems turn to a solicitor, major research finds 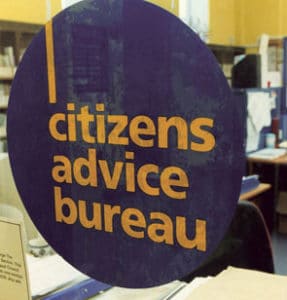 Only 10% of people with legal problems use a solicitor, and often only after approaching other sources of advice first, major government research has revealed.

However, when they did use a solicitor or a barrister, almost all said they were satisfied with the advice provided.

The Legal Problem Resolution Survey, conducted by the Ministry of Justice, was designed to provide robust data on legal problems and how people resolve them, so as to inform policy making. Some 10,058 people were surveyed by telephone between November 2014 and March 2015.

In all, almost a third of adults (32%) reported that they had experienced one or more of a wide range of legal problems in the previous 18 months, although many did not classify it as a legal problem themselves.

The survey said that “most problems are dealt with without the use of any legal or formal resolution processes or legal advice”. But almost a half of those (45%) with a problem reported at least one adverse consequence flowing from it.

Lone parents, unemployed adults, those in receipt of means-tested state benefits and adults with a long-standing limiting disability were particularly likely to experience legal problems.

Most people took active steps to try to understand or sort out the problem that they faced, usually turning to non-legal professional advisors or sourcing their own information, advice or help.

When it came to issues such as purchasing goods and services, anti-social neighbours, personal debt, rented accommodation, employment and state benefits, other sources of help were more popular.

Most of those who had some kind of help used more than one provider, and the findings suggested “that generally adults to not approach solicitors for legal advice initially, but seek other sources first” – particularly Citizens Advice and their insurance company.

The survey looked at quality of service and found that solicitors and barristers outstripped other providers – 69% said their lawyer had helped to resolve or reduce the problem, while 30% said they made no difference (1% said they made it worse), and 91% said they were very or quite satisfied with the advice provided.

The main reasons people gave for not obtaining help for a solicitor or barrister were that they did not need help or knew enough themselves (28%), the problem was not important enough (22%), the problem resolved without the need for advice (20%), and cost (16%).

Within that, a third of those with family law problems cited cost as the barrier.

The research concluded: “Overall, the findings suggest that adults vulnerable to disadvantage are more likely to experience problems, and so could benefit from some targeted support. More work is however needed to explore what support would be most useful…

“Being able to access and understand information about possible options will influence how people try to resolve their legal problems. Individual capability and confidence are also important, with some people able to fully understand the available resolution options, and therefore either handle their problems using only self-help sources or know what kind of professional help would be suitable and know when and how to access it.

“Conversely, others with lower levels of legal capability and confidence may be discouraged from trying to resolve their problem if they are unable to access or understand relevant information, advice or help.”