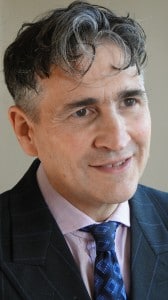 Cox: Artesian combines the best of the Bar

Mr Cox, who is a tenant of New Park Court Chambers in Leeds, joins in a role equivalent to a door tenant to help Artesian service briefs which require a QC.

As first revealed by Legal Futures, Artesian was set up at the start of 2012 as a legal disciplinary practice by the barrister partners, a solicitor partner and a professional practice manager, who will become a partner once Artesian applies for alternative business structure status.

The firm operates with low overheads – the barristers pay less than half of their income in overheads when compared to chambers – by working mainly in the Cloud, often holding partnership meetings by Skype. It has a small office just off Fleet Street.

Mr Cox regularly prosecutes and defends high-profile homicide and fraud cases, and has a strong health and safety practice too. He was appointed to the Attorney General’s ‘A’ list when a junior, sits as a recorder and is the diversity mentor on the North Eastern Circuit.

There is no obligation to instruct Mr Cox and Artesian will continue to work with other QCs when appropriate. Mr Cox will pay a contribution to Artesian in respect of any work he carries out through the firm.

The firm has also announced the appointment of Barry Smith as its first ‘third six’ pupil; he was previously at Carmelite Chambers and has joined with a view to becoming an associate member.

Michael Neofytou, a partner at Artesian Law, says: “These appointments reflect the amount and breadth of the instructions we have received since launching earlier this year. Solicitors have understood and appreciated the benefits of working with barristers who are set up to work with them in a different and more constructive way.

“The addition of such a well-known and regarded silk extends our reach in terms of both the work we can handle in-house and also geographically. Clients will benefit from a close-knit team that has everything covered and works smartly. Barry is already displaying his abilities in the Crown Court and we have every confidence that he will prove a valuable addition to the team.”

Mr Cox said: “Artesian combines the best of the Bar – high quality, a commitment to service and a modern business entity. With its low overheads, efficiency and emphasis on technology, Artesian is ready and able to adapt to the changes the Bar will have to go through in the coming years, and that is why I have chosen to become an associate member.”