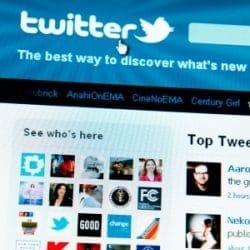 A junior solicitor who targeted MPs and a government advisor with “offensive, derogatory and inappropriate” tweets has been fined £2,000 by the Solicitors Regulation Authority (SRA).

Luke James Holden, who qualified in September 2017 and was an associate at Shoosmiths in Milton Keynes before moving job in February, has reached a regulatory settlement agreement that means he will not face a disciplinary tribunal.

The property litigator’s Twitter account identified him as a solicitor, which is always a key element of cases concerning social media misuse.

The agreement said he engaged in “persistent and protracted” misconduct over seven months until this February.

He sent one tweet “which incited harassment and/or abuse of an MP and his family [and] caused harm, distress and offence to the individual concerned”.

He also sent a tweet which incited harassment and/or abuse of an MP, another which incited invasion of a government advisor’s family’s privacy, and a third which used “derogatory and offensive language in respect of an MP’s child”.

Further, he sent seven tweets “which used threatening and/or derogatory and/or offensive language in respect of MPs and a government advisor and on two occasions their respective families”.

Mr Holden admitted that he “openly incited abuse” and used language towards the people he addressed and/or tagged “which was likely to shock or harass”.

This conduct failed to uphold public trust and confidence in the profession and the solicitor did not act with integrity, the agreement said.

In mitigation, he said he closed the account in response to the SRA investigation and had offered an apology to three MPs. He also had a clean regulatory record until now.

In deciding to fine him, the SRA described the comments tweeted as “offensive, derogatory and inappropriate” which “had the potential to cause harm to and did cause distress to one MP”.

It added: “Mr Holden maintains his views posted in the tweets were strongly held, valid political opinions which he stands by. However, the manner in which they were expressed and the comments he used were wholly inappropriate and offensive.”

However, he “took remedial action and apologised for his conduct and has shown remorse”.

The agreement said: “A fine is appropriate to maintain professional standards and uphold public confidence in the solicitors’ profession and in legal services provided by authorised persons.”