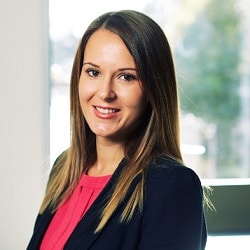 Parkinson: Decision to prosecute was not reasonable

Junior lawyers have lost confidence in the Solicitors Regulation Authority’s (SRA) approach to dealing with inexperienced solicitors who have mental health issues or worked in toxic environments, the regulator has been told.

The Law Society’s Junior Lawyers Division accused the SRA of mishandling the case of Claire Matthews, a junior solicitor struck off in March after lying over the course of a week about losing documents she was working on.

The case has sparked concern because of her evidence of how leaving her briefcase containing the documents on a train exacerbated mental health problems – to the point that she claimed she tried to kill herself as a result.

Law firm Leigh Day has taken on her appeal on a pro bono basis and Ms Matthews has so far crowd-funded nearly £10,000 to help her in the event of having to pay costs. She is seeking £40,000.

The case has reignited a debate that began first in 2018 with the prosecution of junior solicitor Sovani James, who was found to have backdated and forged documents. She initially escaped being struck off due to exceptional circumstances, including mental health issues caused by the pressure she was put under to meet billing targets.

However, the High Court imposed that sanction on appeal, finding that pressure of work or extreme working conditions “cannot either alone or in conjunction with stress or depression” justify not striking off dishonest solicitors.

It was followed last year by the case of Emily Scott, who was struck off after fabricating documents while a trainee, even though the tribunal found she was “deceived, pressured, bullied and manipulated” by her employer and eventually blew the whistle on misconduct at the firm.

In a letter last week to SRA chief executive Paul Philip, JLD chair Charlotte Parkinson said the Matthews case reinforced concerns it expressed after the first two cases that the regulator was not “adequately” protecting junior lawyers, “in that toxic working environments seemed to be ignored in favour of pursuing junior lawyers”.

The three prosecutions “have shaken our faith in the SRA’s judgement to the point where we do not have confidence in its approach to regulatory matters involving junior lawyers who have mental health issues and/or have been working in toxic environments”, she continued.

Urging the SRA to “listen to those it regulates and give this serious thought”, it said cases like these would “only increase the worry junior lawyers have about reporting matters”.

Ms Parkinson said that, on the facts as laid out by the Matthews tribunal ruling, “we are remarkably concerned that the SRA continued with its prosecution of a potentially suicidal person”.

Given the circumstances, she continued, “we do not believe that the SRA’s decision to prosecute was reasonable”.

Ms Matthews did not provide independent expert evidence of her mental health before the tribunal.

The letter said: “We note that Ms Matthews was earning £9/hour at the time of the hearing and as such infer that it would have been beyond her means to instruct an independent expert.

“In the interests of addressing the clear asymmetry between the SRA – who were paying £380/hour to a partner at Fieldfisher to prosecute the case – and Ms Matthews, the SRA should have offered to pay the costs of a jointly instructed expert…

“Instead, counsel for the SRA (presumably acting on instructions) used the absence of such evidence against Ms Matthews.”

Ms Parkinson asked the SRA “to immediately review its approach to prosecuting junior lawyers (including ongoing cases) where mental health or a toxic working environment could have impacted on any alleged misconduct, with a view to developing a proportionate framework which junior lawyers can have confidence in once more”.

She added that she would also be writing to the Solicitors Disciplinary Tribunal to outline the JLD’s unhappiness with the severity of the sanction, and to question “an apparent disparity between the sanctions applied to barristers and to solicitors”.