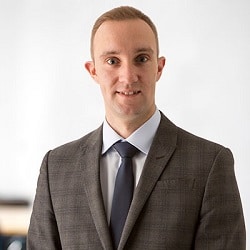 Work is underway to create a charter that would signal to junior solicitors that a firm is a “great employer”, it emerged yesterday.

The charter, being put together by the Junior Lawyers Division (JLD) of the Law Society, would include a commitment to pay the recommended minimum salary for trainees and a commitment to the wellbeing of staff.

JLD chair Bryan Scant told a conference in London to mark the 20th anniversary of support charity LawCare that the hope was to secure support from the Law Society to promote it like the existing pro bono and diversity & inclusion charters.

As a first step, the JLD intends to issue guidance for employers on wellbeing by the end of the year.

Kayleigh Leonie, one of the JLD’s members on the Law Society council, said the charter would tell junior lawyers that firms that sign up are “great employers”.

The conference was held on World Mental Health Day, and Professor Richard Collier of Newcastle Law School told delegates that “a great body of research suggests problems exist for many legal professionals”.

Studies point to higher depressive symptoms among lawyers and law students compared with the general population and other professionals, he said, as well as the “high propensity” of legal professionals – and some studies say City workers especially – to use alcohol or other drugs to reduce or manage the symptoms of poor wellbeing.

Professor Collier has recently received a Leverhulme Trust Research Fellowship to fund a socio-legal study on wellbeing, law and society.

The conference heard from Chris Parsons, chairman of the India practice at City giant Herbert Smith Freehills, on his struggles with depression over his career, as well as Nigel Jones, a partner at Linklaters who chairs the City Mental Health Alliance. Its aim is to make the City a healthier working environment.

Mr Jones explained that the alliance developed from a recognition that the “macho” working culture of many big law firms was in part a response to a perception of how they needed to operate to keep clients happy.

This was not necessarily the case, however. “The idea was to get the people who interact in this peculiar foodchain to talk to each other.”

He said the three key lessons for firms were that senior leadership has to buy in to wellbeing initiatives, that “collaboration is far more powerful than competition”, and that there was great power in stories – that is, people telling their stories of mental health or other problems for the benefit of others.

There was some debate about whether greater regulation was needed to make firms take wellbeing seriously, but Mr Jones said he was concerned that it would become a “tick-box exercise”.

Antoinette Moriarty from the Law Society of Ireland outlined the extensive range of wellbeing services it offers members, including part of the professional practice courses for trainee solicitors called ‘Shrink Me: Psychology of a Solicitor’.

This is a series of lectures, theatre pieces and tutorials designed to introduce trainee solicitors to the connection between professional wellbeing and professional and personal success.