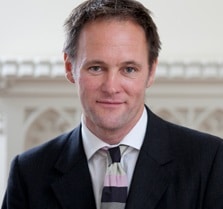 “Concerned words” about diversity and social mobility need to be turned into action through changes to the way the criminal courts operate if junior barristers are to be retained, the Criminal Bar Association has warned.

The association’s vice-chair, Chris Henley QC, said it had recently received “a surge” of complaints of bad listing practices.

Examples he cited included 25 cases all being listed at 10am; a two-hour part-heard multi-handed sentence hearing listed at 9.15am behind a part-heard trial – with the court cells not even being open until 9.30am – which wasn’t reached until mid-afternoon; and three different trials listed in the same court on the same day.

Mr Henley said: “We have had extremely pressured and increasingly fed-up junior barristers contacting us for advice, struggling with the child care and financial consequences of such practices. Others have decided not to accept briefs in certain courts.

“In busy lists, cases should always be staggered or time marked. Many courts do this for us, and our clients and witnesses. But shabby listing seems to be on the increase. It abuses our professionalism and saps goodwill to list multiple cases at the same time.

“Many judges and recorders are embarrassed by what is going on and express regret to counsel who arrive promptly but then have an unreasonable but entirely predictable wait to get on and may have had to pay for peak-time travel).”

Mr Henley pointed to statistics that showed there were 50% fewer junior barristers of up to five years’ call than there were a decade ago, and referred also to the plans to introduce flexible operating hours for criminal courts.

“Life for those with caring responsibilities has always been challenging; it is fast becoming close to impossible. Our courts run on a generous supply of goodwill and flexibility from advocates and solicitors. The criminal courts would seize up without it.

“A huge amount of unpaid time is gifted by our members to the [criminal justice system]. The abolition of travel expenses for most courts and many hearings being unremunerated add to the difficulties. It is becoming harder and harder, and more and more stressful to make a living.

“The junior bar has been haemorrhaging talented women, in particular, over the past few years. Many concerned words have been spoken at very senior levels about diversity and social mobility. If these words have meaning there now needs to be action.”