Jump in number of barristers disbarred and suspended 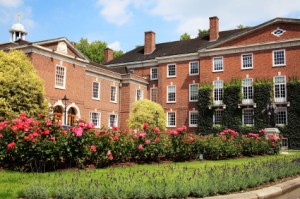 The number of barristers either disbarred or suspended nearly doubled in the last year, the Bar Standards Board has revealed as it bids to focus more on serious wrongdoing.

In all there were 78 disciplinary tribunal hearings, and in 74 of them one or more charges against the barrister were upheld. Charges of being dishonest or otherwise discreditable were the most common.

In the other four the BSB offered no evidence, meaning “that every case we actively prosecuted at tribunals in 2013/14 was upheld”, the annual report on the performance of the BSB’s professional conduct committee and professional conduct department said. Fines and reprimands were the main sanctions applied.

The report said that 88% of barristers felt that the outcome of the hearing was fair, compared to two-thirds of complainants.

In all the BSB received 300 external complaints about barristers’ conduct – in line with previous years – and raised a further 108 itself, 40 of which were for practising without a practising certificate.

A majority of complaints closed in 2013/14 were closed without investigation, and a further third closed after investigation, with 14% being referred for disciplinary action.

The report indicated an improvement in the BSB’s performance, with the percentage of cases being handled within the agreed service standards increasing from 64% in 2012/13 to 77% in 2013/14.

The BSB said this improvement came at the same time as a change in emphasis, with the regulator adopting a more outcomes-focused, risk-based approach to enforcement activities.

Sara Jagger, director of professional conduct, said: “Focusing our resources where they are most needed and best used is helping us to conclude cases more quickly. The increase in the number of disbarments and suspensions shows that we are identifying and taking appropriate action against those barristers who pose the greatest risk to the public. It indicates that a targeted and robust system of enforcement is in place.”

Meanwhile, Isobel Leaviss, who as the BSB’s ‘independent observer’ has the task of watching its enforcement system, told yesterday’s BSB full board meeting that she could provide it with “a substantial level of assurance” that the system was operating in accordance with its aims and objectives.

She said: “Specifically, I can assure the board that potential breaches of the code are being identified and appropriately pursued, decisions are fair and consistent, communications are clear, decisions are well reasoned, staff are polite and professional in their written contacts, and equality and diversity issues are being appropriately addressed”.