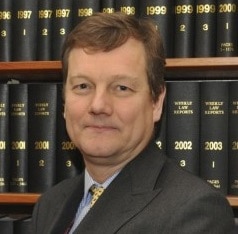 Birss: Public beta test may have been oversold

The judiciary has threatened to withdraw from the Online Court pilot – which could go public by the end of this month – if there are “any further false claims or data” about the project from Her Majesty’s Court and Tribunals Service (HMCTS).

The pilot, for money claims under £10,000, could move from invitation-only to ‘public beta’ stage on 26 March, according to newly published minutes of last month’s meeting of Civil Procedure Rule Committee (CPRC).

Mr Justice Birss, chair of the CPRC’s Online Court subcommittee, was quoted as saying that the public beta “may have been oversold, in that the idea the online court would be implemented on 26 March 2018 is completely incorrect”.

The Online Court was “not close to being finished”, and whilst it has different and more advanced features than the existing Money Claims Online (MCOL) system, “it currently does not take the user any further than MCOL”.

The judge told the CPRC that although real claims were being processed in the private pilots for lawyers and litigants in person (LiPS), public beta was “open to everyone”, with entry more difficult to control and increased need for resources.

He identified two pieces of work for the subcommittee: making the change from private to public beta and extending the existing process to the next steps in the procedure, such as admissions.

The minutes read: “Following a demonstration of the live system, Birss J explained that he personally would not be happy to make the private beta system in that form public.

“A number of issues were identified during the demonstration, for example the defendant when completing their statement of truth certifying the facts in the defence are true, is asked to certify that the facts of the ‘claim’ are true.

“The subcommittee and full committee need both reassurance and evidence that the online platform will be fit for purpose.”

Birss J said he had wanted the full CPRC to decide on whether to move to the public stage, but that was “not practical”, and so the CPRC agreed to leave the decision to the subcommittee.

Mr Justice Coulson, chair of the CPRC, noted that Birss J was only told of the “go live” date of 26 March the previous week.

“The chair made the point that any further false claims or data may lead to the removal of judicial co-operation from the project.”

The minutes added that Clare Galloway from HMCTS apologised on behalf of the service for “lack of communication, its effect on the subcommittee and for any lack of confidence in the online court team that omission may have generated”.

A paper submitted by Birss J to the CPRC, before his subcommittee was shown a live demonstration of the public beta stage, was more upbeat.

He said both the private pilots, which began last summer, had been a success, with over 1,000 claims issued successfully by LiPs and 200 by lawyers in seven law firms.

The judge said the original aim was to move the LiPs system into its public beta stage in January this year, but before Christmas the subcommittee was told it would be delayed to March.

The judge said he was told “very recently” that the problems delaying the start of the public beta, including identity checks on users, had been fixed and HMCTS would like to go live in late March.

Birss J added that “communication about this change has been woeful”.

In a separate paper to the CPRC, Ms Galloway said 57% of 1,828 users recruited for the private stage of the pilot had issued a claim, while only 13% fell out of the service.

A total of 40% of users filed a defence, compared to only 22% in the MCOL system. Ms Galloway said just over 15% of cases were referred to mediation, one of the goals of the new service. However, only 27% of referred cases went on to a mediation appointment.

She said customer calls to the support team in Northampton were 0.5 per claim, compared to over one for MCOL. She said that 80% of 537 users who responded to a survey said they were satisfied by the service.

“We hope that the Online Court will be hugely popular in public beta, however if user uptake becomes problematic, we will be able to manage demand through our messaging online and via the helpdesk and via third-sector organisations.”