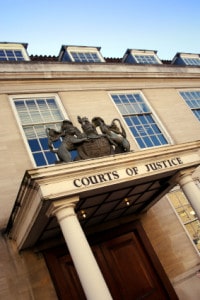 England and Wales should follow the example of Scotland in banning McKenzie Friends from charging fees, the Judicial Executive Board (JEB) has proposed.

The JEB also said in a consultation paper today that McKenzie Friends should be renamed “court supporters”.

On fees, the JEB said a ban would protect the public interest, while providing protection to “vulnerable litigants” who would otherwise be exposed to “unregulated and uninsured individuals of varying and generally unverifiable competence carrying out otherwise reserved legal activities before the courts”.

The JEB went on: “Reform should prohibit recovery of expenses and fees incurred by McKenzie Friends.

“It should do so through providing that the provision of reasonable assistance in court, the exercise of a right of audience or of a right to conduct litigation should only be permitted where the McKenzie Friend is neither directly nor indirectly in receipt of remuneration.”

The Legal Services Board (LSB) has supported recognition of fee-charging McKenzie Friends as a “legitimate feature of the evolving legal services market”, as long there are safeguards. The LSB was responding to a favourable report from the Legal Services Consumer Panel.

The JEB said the title McKenzie Friend was confusing for litigants in person (LiPs), and could lead to an expectation or belief that they would be able to address the court. “It has led to situations where there is an expectation that by dint of the title ‘McKenzie Friend’ an individual has a right of audience.”

The JEB said the term ‘court supporter’ was “straightforward” and “captures the nature” of the role of giving reasonable assistance.

“It also avoids any connotation that the individual is eligible or likely to be granted a right of audience or a right to conduct litigation. Rather than create further titles, which might give rise to the problems identified above, it could be made clear that such further rights may only be granted on application to the court by the LiP.”

The JEB argued that the existing practice guidance for McKenzie Friends should be replaced with formal rules of court.

LiPs would inform courts in advance, through a standard form notice, if they intended to use a McKenzie Friend. The notice would include background information on the McKenzie Friend and a standard code of conduct.

McKenzie Friends would acknowledge that they owed both a duty to the court and a duty of confidentiality in respect of the litigation, and sign a statement of truth.

A judicial working group, chaired by Mrs Justice Asplin, drew up the consultation paper, following a joint request from the Lord Chief Justice and the JEB.

A year ago the justice select committee called on the government to consult on whether there should be formal regulation of McKenzie Friends, whether or not they charge fees.

The committee said it was concerned by increasing numbers of McKenzie Friends in the courts and said encouraging their use “may in some circumstances amount to a counsel of despair”.

Chantal-Aimée Doerries QC, chairman of the Bar Council, said: “McKenzie friends are unregulated, uninsured and mostly unqualified, and the Bar Council agrees that they should not be allowed to charge people for legal services.

“An unfortunate consequence of legal aid cuts is that paid McKenzie Friends, who are not regulated or insured and are rarely legally qualified, have been charging up to £90 an hour to represent people in court.

“We have already seen one McKenzie friend banned from court for intimidating witnesses and legal representatives, and another jailed for defrauding his clients.

“Those who instruct a paid McKenzie Friend would be better off employing a junior barrister or solicitor.”