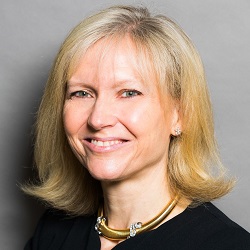 Smith: None of the reports were compliant

A High Court judge has expressed her surprise at a London law firm’s failure to ensure “basic levels of compliance” with the Civil Procedure Rules by a client and its experts.

Mrs Justice Joanna Smith made the comments in the wake of her ruling earlier this month to exclude three expert witness statements, having decided that their opinions appeared “directly influenced” by the instructing party, whose solicitors were Fladgate.

She found that there had been multiple breaches of a pre-trial review order, as well as the rules on expert evidence (CPR 35), its practice direction and the 2014 guidance on instructing experts in civil claims.

Yesterday, the judge handed down her substantive decision in the claim, Dana UK Axle Ltd v Freudenberg FST GmbH [2021] EWHC 1751 (TCC), which arose out of the alleged premature failure of pinion seals for vehicle rear axles which were then supplied to Jaguar Land Rover.

The trial commenced on 5 May 2021, during which Dana applied to exclude FST’s technical expert evidence, leading to the earlier ruling.

Smith J said yesterday that at the outset of his oral closing submissions, FST’s counsel, Luke Wygas, read out instructions to the effect that “as far as Fladgate LLP is aware neither any member of the defendant’s staff nor any of the experts were informed that the manner in which the communications between the defendant and the experts were conducted would not be compliant with the rules under the Civil Procedure Rules and/or the Technology and Construction Guide”.

The judge observed that, in fact, none of the reports were compliant because they all failed to contain a statement that the expert understood his or her duty to the court and had complied with that duty; to state that the expert was aware of the requirements of part 35, the practice direction and the guidance; and to provide a statement of truth in the terms required by the practice direction.

Smith J went on: “Whilst not a matter for the court in these proceedings, I am extremely surprised, to say the least, that not only has Fladgate failed to maintain appropriate levels of supervision and control over FST’s experts, but it also appears not to have explained their duties to them or to have ensured basic levels of compliance with the requirements of the CPR.”

As a result, the only expert evidence on the production of the seals, their quality defects and the impact of them was the evidence produced by the claimant’s experts.

Considering the impact of having excluded the evidence, the judge said: “In the circumstances, Dana submitted, and I agree, that I am not tasked with considering competing explanations for the premature seal failures.”

Rather, on breach, she had only to decide whether the seals failed to meet the relevant standards and, if so, whether this caused or contributed to the excessive wear and leakage of those seals in service.

She went on to find for the claimant and awarded the £11.2m it sought.