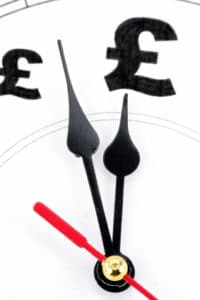 Judges have started coming out against the controversial flexible operating hours (FOH) pilot, with one describing it as “the most retrograde step in terms of diversity in my memory”.

There are to be six six-month pilots across the country that will try out different arrangements to extend the court day – the earliest starting at 8am and the latest finishing at 8.30pm.

There have been particular concerns about the impact on those with caring responsibilities, particularly women.

But she said that other practitioners have said a more flexible system, if well managed, “could offer more opportunities for those with childcare and other caring responsibilities and that, by enabling legal professionals to work more effectively – accessing and progressing cases in a different way and at different times of the day – we would reduce the need to travel or wait around at court for hours”.

The blog generated dozens of responses, including one from His Honour Judge Ticehurst, the resident judge at Taunton Crown Court.

“In my view this experiment is misconceived and takes no account whatsoever of the realities of trials or other work in the Crown Court,” he wrote.

“In a small court centre like Taunton, if the scheme is to work you will immediately need to find two more judges or Recorders to cover the split shifts. We will need double the number of potential jurors.

“Prisoners will need to be brought to court by about 7.30am for a realistic start in the morning. At the moment on occasions some prisons do not get prisoners to us until 12 noon!

“Prisoners on the afternoon shift may not get back to their prisons until gone 8pm by which time there will be no food or meals available for them.

“We are already struggling with a lack of staff. Is HMCTS going to be able to recruit and fund more staff and/ or pay them overtime to cover the new hours?”

The judge argued that FOH took no account of either the profession and court staff’s domestic requirements or the need for lawyers to take instructions from their clients.

He said his retirement – due in the next 18 months – “cannot come soon enough”, but as long as he was the resident judge, “the nonsense that is the FOH scheme will not happen here”.

He finished: “There is a very good reason that the courts traditionally sit 10am until about 4.30pm and that these hours have not been changed. It is because it works.”

Meanwhile, a comment from His Honour Judge Blair QC rubbished Ms Acland-Hood’s comment that “expensive buildings” were kept empty before 10am and after 4:30pm. Judges and court staff usually start work at 8.30am and sometimes from as early as 7am, he said, while he usually leaves work at 5.40pm. “Our court staff are also usually still working then.”

Ms Acland-Hood’s suggestion of having instead “fewer, better-maintained buildings open for longer hours” would result in much higher travelling costs for court users, he added.

“Where are you going to recruit a second set of judges and staff from in order to do the second shift?” he demanded, closing: “This is the most retrograde step in terms of diversity in my memory.”

A deputy district judge (DDJ) added that the FOH would probably require flexibility from DDJs “who the civil and family system increasingly depends on”.

She said: “I think that HMCTS is likely to find it even more difficult than it already is to cover all required DDJ work if we are going to be expected to work these hours. A main practical attraction of DDJ work is a comparatively ‘normal’ and comparatively predictable working hours, even though one could earn more in privately paid work.

“I will be very reluctant to sit a very early or very late shift. And what’s more I will think twice in future about applying for any full-time position if my employment is going to require me to sit all hours.

“I anticipate that these proposals will further deepen the recruitment crisis for the judiciary and will set back strides being made to improve the diversity of the judiciary.”

In an open letter last week, Lord Justice Fulford, the judge in charge of the reform, said he regretted “the extent of the widely-broadcast misunderstandings and ill-informed comments from a range of sources” on the pilots.

The “whole point” of running the pilots, he said, was “to test fully all the concerns that have been expressed”.

“We approach this project with an entirely open mind as to whether increased flexible operating hours is a viable goal, and whether it should form part of the ongoing transformation of the justice system.”

He also said that a detrimental impact on diversity in the professions or the judiciary “is not a price the judges are willing to pay” for FOH.

Andrew Langford QC, the Bar Council chairman who has been outspoken in his opposition to the reform, has written a response to Fulford LJ, suggesting that the “misunderstandings and ill-informed comments” may have arisen because there was no consultation paper setting out the proposals in any detail.

He asked the judge to make clear publicly that he did not mean to suggest that Bar leaders were among those making such comments.

The barrister said the key substantive issue was the evaluation of the pilots and “whether it is designed in a way which will adequately measure the consequences we fear”.

He complained that the evaluation criteria have still not been made available, despite repeated requests.

“I have expressed misgivings that if the pilots are distorted by ‘sympathetic’ listing – in other words, not including cases where the parties object – then it will not have measured the consequences we fear, should there in due course be a wider roll-out on the basis that the pilots have been a ‘success’…

“These HMCTS ‘reforms’ which plan courts sitting in shifts, are an attempt to deal with the fact that the Ministry of Justice is underfunded, and so are the courts.

“I am sure that the consequences of sitting in shifts, with the additional unpredictability in sitting hours that that entails, will put back our attempts to make the Bar and therefore the judiciary in due course, more diverse.

“If I am right, these ‘reforms’… should be resisted.”

Finally, Law Society president Joe Egan wrote in a blog last week that the body was “not persuaded that there is strong and reliable evidence that flexible hours would mitigate the current problems with the court system”.

He added: “We have seen no evidence that the proposals are responding to a demonstrable user need, or that an equalities impact assessment of extended court hours has been undertaken.

“The longer hours proposed are likely to impact not only those with caring responsibilities, but also certain religious groups. It is not clear whether childcare, religious or other reasons will suffice to exempt a practitioner from the early morning or evening hearings.

“Even if availability of hearings outside traditional hours would be more convenient for some court users, there has been no demonstration that a scheduling tool or process will be used to take account of user preferences. Without some means of determining the times when court users would prefer to have their cases scheduled, courts may find themselves at risk of breaching anti-discrimination legislation.”

Mr Egan said the evaluation must assess the impact on the quality of justice of the court sitting late into the evening. “We are concerned that defendants appearing late in the day may be more likely to receive harsher sentences.

“Our submission to HMCTS highlighted our concerns about intimidation or retribution that could occur more easily at night.”

He said the pilot proposals also indicated a failure to understand the ways in which legal professionals work.

“Despite the concession that practitioners will not be required to attend both the morning and afternoon sessions, they will still be working extended hours without additional remuneration.

“In some pilot areas the court day will be reduced from five-and-a-half hours to four hours, and a case that would have been over in two days will now be spread over three. Later finishing times mean business owners operating on already tight margins will incur additional costs, such as overtime pay for staff.”