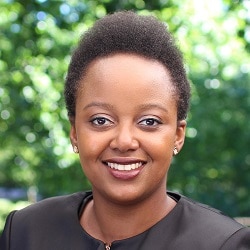 More Black barristers have reported experiencing racism from judges, magistrates and panel members than from other lawyers, a report has found.

While a majority of barristers said their relationships with solicitors either had been or might have been “negatively affected by race”, a much larger majority (86%) said this was true of their experiences before the bench.

The report, by the Black Barristers’ Network, was based on a survey of 100 self-employed Black barristers, split almost equally between those from African and those from Caribbean backgrounds. Nearly two-thirds (64%) of the respondents were women.

When asked whether they felt their experiences before judges, magistrates and panel members had been “negatively affected by race”, more than half (56%) said yes – rising to 67% of those who have practising for up to seven years – 30% maybe and only 14% no.

The most common types of inappropriate treatment cited were ‘being patronised’, mentioned by 58 barristers, followed by ‘microaggression’, ‘being belittled’ and ‘being undermined’.

‘Being silenced’ was mentioned by 30 respondents, bullying by 27, and ‘overt racism’ by 12.

A majority (54%) felt they had been treated inappropriately by opponents because of their race at some point, particularly for those of more than seven years’ call.

Most barristers (61%) said their relationships with solicitors had been or could have been negatively affected by race. A very narrow majority (51%) said they felt respected by solicitors in terms of the fees they were willing to pay.

Women were more likely than men to say their relationships with clerks were or could be negatively affected by race and much more likely to say that work allocation had been affected in that way.

Almost as many respondents were not confident as were (43 v 45) that their clerks would challenge a solicitor or client who had been discriminatory in their instructions to counsel.

On the positive side, most barristers (54%) said they did not believe the fees quoted for their work were negatively affected by race. Male barristers were much more likely to believe this than female.

When asked to rate how much encouragement they had received to promote themselves to solicitors, on a scale of one to 10, most Black barristers (63%) gave scores of at least seven.

Natasha Shotunde, chair of the BBN and a barrister based at Garden Court Chambers, said: “This survey shows that many Black barristers feel that their experiences at the Bar may be negatively affected by racism.

“This highlights the intersectionality of their race and gender, and how that can result in negative treatment towards Black female barristers.”

Other research published this month showed that female barristers and those from Black, Asian and minority ethnic backgrounds were likely to earn less than male and White counterparts by every measure, and that in all but two of 30 practice areas analysed, female barristers received a lower proportion of the gross fee income than their representation in the field.

Meanwhile, in a debate on race and the Bar yesterday at the start of the Bar Council’s annual conference – taking place via Zoom over four days – Jo Sidhu QC, vice-chair of the Criminal Bar Association, said the inequalities in the profession were rooted in institutional racism.

He expressed concern that there was too much talk in place of action, without which “I fear the energy which is behind the drive for diversity will eventually begin to dissipate”, a view shared by Martin Forde QC.