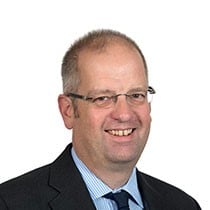 Miller: LiPs a “constant feature” of the landscape

Judges are “left uneasy” by professionals presenting their own challenges to regulators as litigants in person (LIPs) and ignoring the “best points” available to them, the High Court has heard.

Mr Justice Green said that it was an “unfortunate feature” of regulatory proceedings that while the regulator was represented, the appellant, who did not qualify for legal aid, “frequently was not”.

Green J, ruling on the case of a nurse struck off for misconduct, said regulatory challenges raised issues of “conflicting public interest”.

“On the other hand, the appellants are individuals whose livelihoods have often been taken away from them or at least significantly curtailed by a regulatory decision.

“Indeed, the sanctions that may be imposed upon a professional, such as striking off, are more severe than many sanctions imposed in the criminal courts where legal aid is available.”

Green J was ruling in Holder v Nursing and Midwifery Council [2017] EWH 1565 (Admin), in which a nurse failed in her appeal against a decision to strike her off the register for misconduct.

Although Ms Holder was a LiP, the judge praised the support she received from the Bar’s Pro Bono Unit and from several barristers who represented the nurse during the oral stage of the proceedings, acting on a pro bono basis.

“Judges hearing these cases where litigants in person are present and present their own appeals are often left uneasy that the best points have not been advanced on the part of the appellant.

“These cases are frequently complex. Without legal assistance, litigants in person understandably feel themselves at a major disadvantage. As it appears to many judges, there is a consequential risk of them being denied justice.”

Iain Miller, a partner at London firm Kingsley Napley and former prosecutor for the Solicitors Regulation Authority, said the days of solicitors getting legal aid to challenge interventions were “long gone” and the risk was that, without representation, “points will not be taken, or they will take bad points”.

He said that although courts tended to be “very sympathetic” in terms of giving LiPs a hearing, they were often “very unsympathetic to requests for adjournments” from lawyer LiPs who changed their minds and wanted to arrange legal representation.

“LIPs are a constant feature of the landscape. Some are extremely capable, others completely out of their depth. We are where we are.”

Paul Bennett, a regulatory specialist partner in the Shrewsbury office of Aaron & Partners, said Green J’s comments were a reflection on the funding crisis facing litigants and lack of access to justice.

He said the absence of legal aid and restrictions on funding mechanisms, such as the limit on conditional fee uplifts, had “created a litigant in person monster, and at some stage, they will have to deal with it”.

Mr Bennett said lawyer LIPs were “even worse” at dealing with regulatory challenges than non-lawyers, and were operating in an area outside their expertise. “A little bit of knowledge is dangerous,” he added.