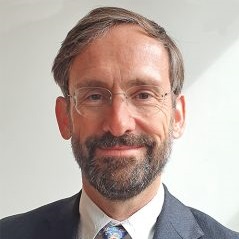 A High Court judge has strongly criticised a law firm and its client for appearing to blame his clerk for the leak of a draft judgment – which it turned out had not even happened.

It all turned out to be a misunderstanding but Mr Justice Meade said the 12 days between when he first informed – “I should rather say, misinformed” – about the unauthorised disclosure and his ruling on the matter last week “has been a massive waste of time and money, and much completely unnecessary heartache and worry”.

On 20 September, Meade J sent the parties the draft judgment of what was called Trial F in long-running patent and licensing litigation brought by Optis UK against Apple; it was to be handed down a week later.

On 22 September, Gary Moss, a solicitor and partner at London patent law firm EIP, which acts for Optis, wrote to the judge to say a senior executive at the company had been contacted by a third party who “congratulated” him on the outcome of the trial.

The indication that the judgment had been released in breach of the usual confidentiality restriction sparked an intensive investigation.

The third party was Mattia Fogliacco, chief executive of a company called Sisvel that had an interest in the outcome of the case.

It turned out that he had merely heard the decision was being handed down on 27 September. He emailed Optis managing director Michael Friedman, whom he knew, to say: “I hear Monday will be a big day for you guys. Keeping my fingers crossed!”

Mr Friedman called Mr Fogliacco and somehow misunderstood what he knew. Mr Friedman then texted Mr Moss to say: “Sisvel just called to congratulate us on your win. Apparently Meade’s office leaks like a sieve.”

Mr Moss responded: “I cannot believe that! Nor can I believe it was Meade’s office!” Mr Friedman replied: “Who knows, what I was told. Said he heard from lawyers that are friends of Meade.”

Mr Friedman accepted that Mr Fogliacco had not said ‘Meade’s office leaks like a sieve’ and told the court it was his interpretation. The judge said: “Mr Fogliacco, unsurprisingly, says that he did not say that, and I believe him.”

Mr Moss’s initial e-mail to the judge did not name Sisvel or mention a possible leak.

Two days later, he wrote directly to the judge – copied only to a partner at Osborne Clarke, which also acts for Optis, and one at WilmerHale, acting for Apple – with a screen shot of his text exchange with Mr Friedman.

The judge said he felt “particular discomfort” that it was not copied to his clerk.

“The e-mail began by pointing out that that was an unusual step. In the context, I could only assume that that was being done because the attached texts accused my ‘office’, which in context could really only have meant my clerk, of perpetrating the leak.”

Mr Moss said in evidence that he was just looking to limit the number of people who knew about the texts rather than point the finger at the clerk; Meade J said that was not how he perceived it.

By Mr Moss not stating that he did not believe there had been a leak and not expressing confidence in the clerk, the judge said that “at best, this was a disastrous lack of thought, which has caused… a great deal of concern and indeed distress, on my part, and more importantly on the part of my clerk”.

He continued: “My clerk has been a clerk for a long time… and this allegation should never have been made. Once made, it should have been handled in a totally different way.”

Fortunately, he added, it was very easy to establish that the assertion was “impossible, as well as nonsensical”.

He went on to describe as being “of the gravest concern” that Mr Moss’s email also said nobody at Optis had contacted anyone about the draft judgment and that the call had been received from Sisvel. This was “obviously and completely untrue”.

This was “distasteful and extraordinary”, Meade J said. “There can be no more inaccurate description of the appropriate way to go about matters concerning a confidential judgment than to call it ‘locker room chat’.”

The judge concluded that “significant errors of judgment were made on the part of EIP” – it should have put “the greatest possible focus into finding out every detail of the relevant facts and communicating anything that could conceivably be relevant to the court, even if it is painful or embarrassing to do that”.

He accepted though that the firm was under pressure and did not say anything “consciously wrong”.

Mr Friedman’s conduct was “deplorable and far short of what the court is entitled to accept of a person who is in the privileged position of having a draft judgment”.

But he decided it would be disproportionate to consider contempt proceedings against him. “The expression of my findings and my severe dissatisfaction in the course of this judgment is an adequate sanction in itself.”

However, he ordered Optis to pay Sisvel and Apple’s costs of the hearing on the indemnity basis.

Speaking more generally, Meade J drew attention to the fact that “scores of people” saw the draft judgment because most of the chambers and firms that received it used ‘e-mail exploders’, where a single e-mail to a central address is forwarded to several people.

“I think this use of e-mail exploders, and provision of draft judgments to an excessive number of people, is not in the spirit of the practice direction, or of the Patents Court Guide, and thought should be given to curtailing it…

“Clearly, a way of disseminating a judgment only to those people who really need to give instructions has to be found.”