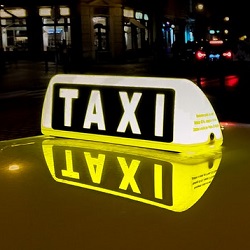 Taxi drivers forced to hire new cars after road traffic accidents do not need to set out their credit charges in witness statements as emails from their solicitors will suffice, a judge has ruled.

His Honour Judge Jarman QC, sitting at Wrexham County Court, said it was open to Aviva, the defendant insurer in two linked cases, to challenge the accuracy of the information in the emails but it had chosen not to.

Both claims – one for £15,400 and the other for £9,500 – were started in the MoJ portal. While the injury claim in each case was agreed, the credit hire charges and other vehicle related damages were not.

That meant they fell to the court to determine, on the basis of documentation which had been lodged on the portal under the protocol.

In both cases, district judges at Prestatyn County Court held that it was sufficient for the claimants to set out credit hire charges in an email from their solicitor rather than in a witness statement.

“The defendant in each case, represented by the same solicitor, seeks to appeal those decisions, essentially on the same basis, namely that such an email was not admissible or should not have been accorded such weight, and that instead a witness statement should have been required.”

Delivering judgment in Akram v Aviva Insurance [2021] EW Misc 16 (CC), HHJ Jarman said it was not disputed that in each case the claimant entered into a credit hire agreement for a replacement car to be used as a taxi within a short time of the accident.

The judge said the question was whether the claimant acted reasonably in entering into such an agreement rather than stopping work and seeking loss of profit.

HHJ Jarman said the circumstances where this might be reasonable were “not unusual or surprising or limited to the particular facts” of a single case, and by stopping work, taxi drivers “may risk being dropped by the company which provides the work, and that many such drivers use their vehicles for social or domestic purposes as well as business purposes”.

The judge said defendants would often not be able to produce contradictory evidence and cases would “not usually involve complex issues of fact or law, and do not do so in either of the present cases”.

HHJ Jarman added that “each of the emails was sent by the claimant’s solicitor, an officer of the court, and the information therein set out was expressly stated to be on instruction by the claimant”.

Counsel for Aviva argued that a witness statement was necessary in taxi driver cases “for a number of reasons”, including that “forensic standards must be maintained”.

Further, it was “desirable” that the claim stay in the protocol rather than drop out, so as to save costs, and that could be achieved by the claimant lodging a witness statement at stage 2 confirming the circumstances said to justify entering into a credit hire agreement.

However, HHJ Jarman said that if defendants wanted to challenge the information in emails, they could “choose not to engage further with the protocol”.

The judge ruled that it was open to the two district judges to take into account the information in the emails.

“That being so, in the absence of such information being inherently implausible, or inconsistent with other information relied upon by the claimant, or contradicted by information relied on by the defendant, it is somewhat difficult to see why a low grade of weight should be applied to it.”