Judge warns over ‘risk-free’ litigation under DBA backed by insurance 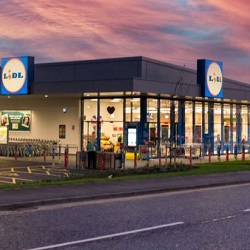 The High Court has warned about the potential unfairness to defendants facing a claimant operating ‘risk-free’ under a damages-based agreement (DBA) and backed by after-the-event (ATE) insurance.

Mr Daniel Alexander QC, sitting as a deputy High Court judge, told Philip Warren & So Ltd (PWS) that it could be at risk of indemnity costs by continuing a claim that appeared seriously over-valued.

He said: “In my view the court should seek to encourage claims which are genuinely concerned with providing access to justice, including in its approach to the award of costs, but at the same time seek to mitigate any unfairness which may result from the way in which they can be used to cast unreasonable risks onto a defendant, reduce the incentives to make and accept reasonable settlement offers, or to incentivise unmeritorious claims.”

PWS is a family butcher based in Cornwall with a wholesale business reaching beyond that sued supermarket Lidl over a Warren & Sons brand it had used for fresh meat products between 2015 and 2020.

Lidl had decided to abandon this brand before this but PWS still brought a £38m passing-off claim. It was brought under a DBA, supported by ATE, that gave its lawyers, intellectual property specialists Stobbs, 50% of any damages.

In the liability ruling in April, Mr Alexander found for Lidl, saying there was not a “significant operative misrepresentation causing material damage to PWS’s goodwill”.

Permission to appeal has been granted on “certain limited grounds”, the judge noted in last week’s consequentials ruling.

“This would have resulted in PWS and its lawyers being reasonably well compensated and would have avoided the significant costs of trial,” he said. PWS had made its own part 36 offer of £29m before this and another of £15m after.

Lidl sought its costs on the indemnity basis but the judge said PWS’s failure to “engage more seriously” with its part 36 offer was not, on its own, enough to justify this.

“With some hesitation, I have reached the view that a reasonable claimant would not have concluded that Lidl’s offer at that stage represented a better outcome than the likely outcome at trial.”

While it was accepted that the “mere fact that a substantial claim is pursued using a DBA” could not justify indemnity costs, Lidl argued that DBA and ATE funding was “capable of creating or increasing incentives to pursue speculative or opportunistic litigation” and could make cases harder to settle.

Lidl said such litigation may become an “investment vehicle” where, because there was no apparent downside to an insured claimant advancing a claim under a DBA, it may as well pursue the case to trial and beyond, making what amounts to a “bet without any stake”.

The judge recognised the benefits of new forms of litigation funding in enabling access to justice, saying lawyers working “in the hope of a large return” could not be criticised for doing so.

He continued: “It can nonetheless be more problematic if such claims are pursued which impose large irrecoverable costs on a defendant to address, even if successful or if a defendant has made a reasonable offer to settle…

“That, it seems to me, can risk allocating litigation risks and rewards in an unfair and unbalanced way and create a range of undesirable incentives – including to run litigation in a more expensive way to a defendant and refuse reasonable offers to settle.”

This suggested that, where large costs have been incurred in defending a “weak or speculative” claim, those should be paid in full, he said.

“That, in turn, suggests that, for failed claims of that kind, indemnity costs awards are more appropriate.”

Mr Alexander accepted that it was “impossible” at this stage to say definitively whether PWS’s claim was excessive but he identified “numerous” factors which meant it was not a case with “the hallmarks of a very large claim”.

While maintaining that costs should be paid on the standard basis, Mr Alexander said he would adjust the proposed order so that Lidl should have permission to apply to vary it in future.

“[The adjustment] will put the court into a position to do better justice, should the case proceed and will mean that the case is not pursued without PWS (and its lawyers) bearing the real risks relating to it and potentially having to bear the full consequences of the decision not to accept that offer, if it fails in main objective.

“It will ensure that if they wish to take the risk in the hope of a significant return, the cost of doing so is not cast onto others.”

PWS was asset-rich, so this would not diminish its access to justice, the judge continued.

“It will have the side-effect of ensuring that Lidl, PWS, its lawyers and ATE insurers can proceed (if they chose to) in the knowledge of the risks and returns or do something about the position they now face before significant further costs are incurred and the case becomes unsettlable (or more messy).

“In so saying I recognise that if the Court of Appeal alters the approach this costs award may be changed anyway.”