Judge warns of “blurred lines” between lawyers and McKenzie Friends 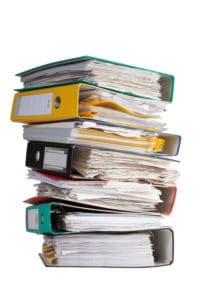 The growth of ‘professional’ McKenzie Friends risks the boundaries between regulated and non-regulated representatives “becoming blurred”, a circuit judge has warned, as she upheld a decision to exclude from a family case a man chosen by one of the parties to be their McKenzie Friend.

“The facts of this case illustrate how significant the impact can be where there is no clear understanding of, or respect for, the limitations on their role by the third party offering non-regulated legal assistance,” said Her Honour Judge Carol Atkinson.

“Meanwhile, the person left to police the non-regulated representative is the judge, with the result that precious and hard-pressed judicial time is diverted to matters of third-party involvement when the focus should be the children.”

She stressed that she was not intending to undermine the value to the courts of “third parties who offer support and assistance to litigants in family proceedings. There are many occasions where the help and support of a McKenzie Friend can greatly assist”.

However, legal aid cuts had seen “a marked increase” in the use of ‘professional’ McKenzie Friends, HHJ Atkinson observed.

She also criticised Marcus Bright, the McKenzie Friend at the centre of H (Children : exclusion of Mackenzie friend) [2017] EWFC B31, for describing his role as ‘quasi-solicitorial’.

“There is no such thing as ‘almost’ a solicitor. You are either a solicitor or you are not. Significantly, if you are, you are bound by your professional duties and you are externally regulated.

“Whilst a ‘professional McKenzie Friend’ is not subject to regulation in the way that barristers and solicitors are, the powers utilised by [District Judge Kathryn Major] in this case are available to ensure that the limits within which non-regulated third parties are permitted to operate are respected and the absence of professional rules does not permit the interference with justice.

“The proper exercise of these powers… takes time and effort which is inevitably to the detriment of the substantive issues in the case…. This has taken up hours of court time when the focus of the litigation should have been the two children subject to the applications.

“If ‘professional’ McKenzie Friends are to assist parents in such emotionally fraught cases, they must be sensitive to these issues and mindful of the dangers of becoming an irritant hindering the process rather than giving the assistance that the courts have been used to in the past.”

Mr Bright, who runs a business called Maxim Legal and Commercial Ltd, was helping the mother in an application by the father for contact with their two daughters.

The father complained about the involvement of Mr Bright, and DJ Major, sitting in Croydon, said his involvement had resulted in “a proliferation of paperwork, not all of which is at all justified”.

“For all of those reasons and with careful consideration, I exercise my discretion pursuant to the guidance to disallow Maxim Legal Ltd and Marcus Bright from being a McF to M in this case.”

Dismissing the mother’s appeal, HHJ Atkinson cited as an example a recurring pattern of the father asking Mr Bright not to contact him and Mr Bright responding that the father had no choice but to accept his communications.

“These are unpleasant exchanges and yet they are produced by Mr Bright himself and relied upon by him to demonstrate that the F was communicating with him whilst failing to see how inappropriate they are. A legal representative communicating with F in that way would be severely criticised.”

HHJ Atkinson also highlighted Mr Bright asking a witness if he could amend her report before it was handed to the judge.

“It is utterly inconceivable that it would ever be right for one litigation party to amend the evidence produced by a professional witness – even if it was just a typo… This would be unacceptable behaviour for a solicitor.”

Urged instead to give him a warning, she concluded: “Mr Bright’s behaviour in this case goes so far beyond the limits for so long and in circumstances in which he simply fails to understand what he has done wrong, I cannot imagine that a warning would have brought about any change.

“Added to that, the damage to the relationship with the father was, by the time of the application, significant and would have been impossible to unravel.”